Is this retro or sad? Urban Outfitters is selling a $45 AOL T-shirt 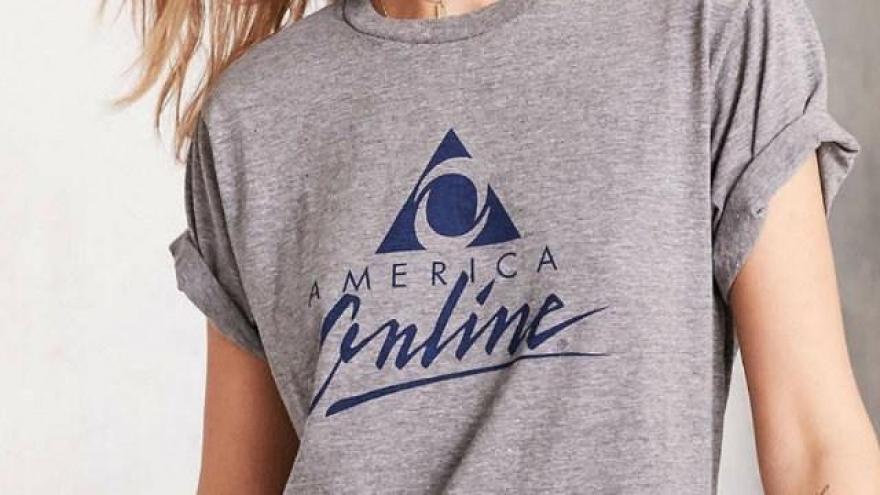 Urban Outfitters is tapping into '90s nostalgia by introducing a T-shirt with the old AOL logo -- and selling it for $45.

Sure, AOL is still a company. But it's been a long time since anyone's seen that old triangle logo, with the full name "America Online" spelled out.

The shirt is produced for Urban Outfitters by a slacker-wear company called Altru Apparel, which has a tongue-in-cheek commercial that celebrates AOL's archaic dial-up process.

Altru specializes in companies that refuse to die. It has clothes featuring the logo of the Polaroid camera company -- which also still exists, by the way.

The AOL T-shirt might seem like a strange choice for millennials who were barely alive in the dial-up days. But it's less controversial than some of Urban Outfitters' past offerings, which included a Kent State sweatshirt with faux blood spatters and a drunk Jesus T-shirt honoring St. Patrick's Day.