Isaac proves costly for power restoration in some areas 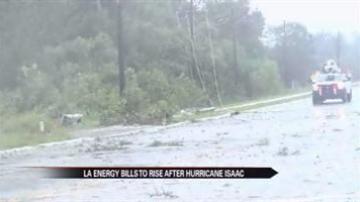 BATON ROUGE, La. -- Hurricane Isaac took its toll on the Gulf Coast and now energy customers could face up to $400 million to get the power back on.

Nearly 800,000 Entergy and DEMCO customers lost power during the storm.

More than $70 million was spent on restoring power to the Baton Rouge area alone.

Both Entergy and Demco said they spent far less on restoration costs than when Hurricane Gustav hit four years ago.

"We're waiting on more invoices and things of that nature as we process that and we come to a final number," David Latona of DEMCO said. "But it's looking like $8 to $10 million which is close to the costs of Hurricane Katrina in the capital area for DEMCO."

Following Hurricane Katrina, DEMCO did not see a cost increase. But Entergy tacked on a five percent increase to the average bill.