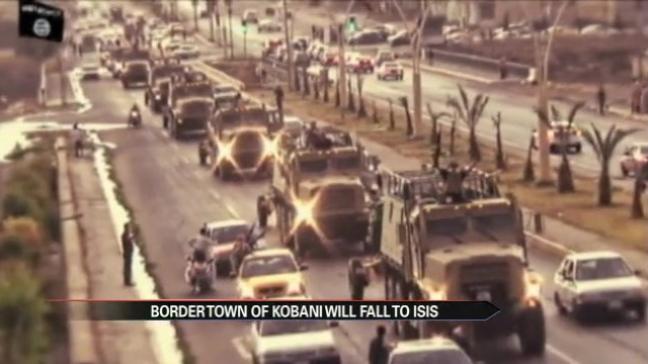 ISIS is making advances on towns in the Middle East, and the town of Kobani near the Syria-Turkey border is their next target.

On Tuesday, the president of Turkey said the town will soon fall under ISIS control.

The US led coalition has launched air strikes in Kobani to help the Kurdish resistance, but ISIS keeps making gains.

Former CIA Director and Defense Secretary Leon Panetta has criticized President Obama by saying the fight against ISIS will be successful if there are ground troops.

“To make those air strikes work, to be able to do what you have to do, you don't just send planes in and drop bombs. You've got to have targets, you've got to know what you're going after. To do that, you do need people on the ground.”

Panetta also went on to say that ISIS would not be as strong as it is today if the US had maintained a residual force in Iraq.