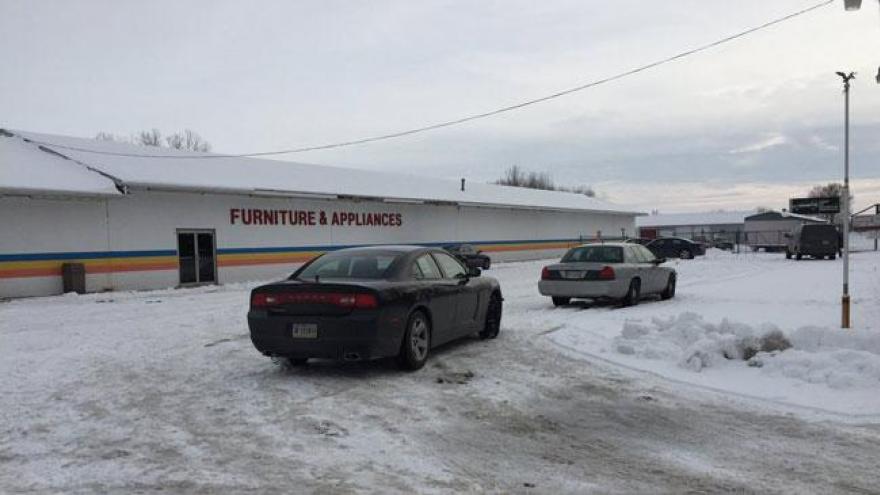 Indiana State Police are investigating a police-involved shooting that happened Wednesday morning at a business on US35 just south of Knox.

Knox Police and Starke County deputies went to the business in the 3100 block of US35 to serve a felony warrant.

While attempting to serve the warrant, a black GMC pickup truck drove through a closed garage door of the business and hit a Starke County Sheriff's Department patrol car, according to the Indiana State Police.

“When they went to serve the warrant a suspect inside the building attempted to flee the scene by driving through the garage, striking a Starke County Sheriffs police car and then driving on," said Glen Fifield with the Indiana State Police.

The vehicle and suspect then attempted to run over an officer while fleeing the scene, ISP said.

Officers fired their weapons at the vehicle and driver, according to ISP.

“I can’t speculate on how many shots were fired, I can tell you that three officers were involved in the shooting," Fifield said.

The driver, 46-year-old William Newman of Plymouth, was taken to IU Health in Knox with injuries, ISP said.

He died at the hospital.

Indiana State Police will be investigating the shooting.