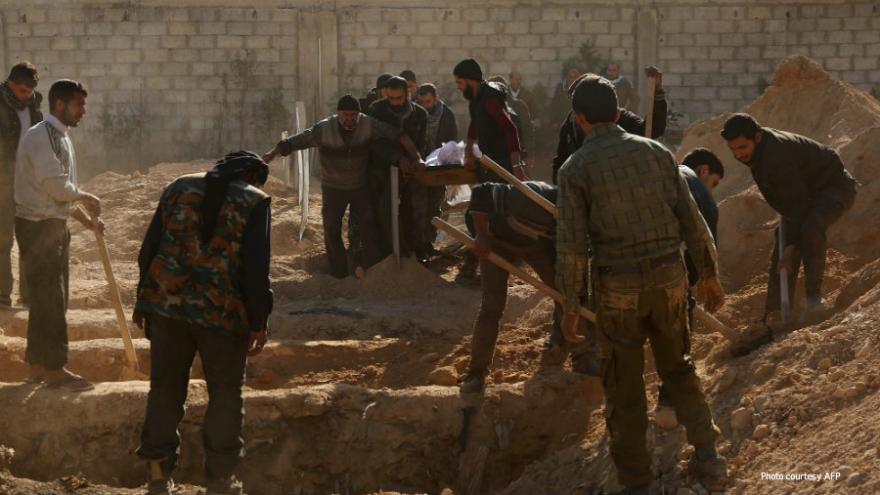 (CNN) -- A military site near Damascus came under attack just after midnight Saturday by missiles from the Israeli military, according to the Syrian state-run SANA news agency and the UK-based Syrian Observatory for Human Rights (SOHR).

Two of the surface-to-surface missiles launched were intercepted by Syrian air defense, but others caused material damage to the military site, sources told SANA.

The Israeli military declined to comment on the incident when asked by CNN about the Syrian claim.

The incident comes amid escalating tensions between Israel and Syria. In November, the Israeli military accused Syria of violating the 1974 ceasefire agreement by "conducting construction work" in the northern part of the Golan Demilitarized Zone. Israel also shot down a reconnaissance drone it believed was operated by Syria.

Hours after the reported strike, Israeli Prime Minister Benjamin Netanyahu sent a warning to Iran about troops in Syria.

In a video tweet published Saturday night, Netanyahu said, "I will reiterate the policy of Israel: We will not allow a regime that is determined to destroy the Jewish nation to acquire a nuclear weapon. We will not allow this regime to establish a military presence in Syria, as its declared purpose, for destroying our state."

Netanyahu did not make any direct reference to the strike.

Israel's stated policy on the civil war in Syria is that it is not taking sides. Still, it has conducted dozens of strikes inside Syrian borders to defend what it calls its red lines, and to prevent what it says is Iran's proxy Hezbollah -- fighting alongside the Syrian regime -- from acquiring advanced weaponry.

These strikes are primarily against regime targets, including a reported Israeli hit on a military research facility in early September in northwest Syria.