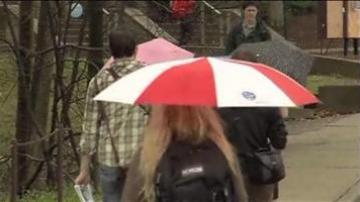 BLOOMINGTON, Ind. — An Indiana University fraternity is under suspension after allegations of hazing surfaced.

"It's not a good feeling to know that your fraternity is suspended," said Sophomore Eli Funk. "It's really one of the worst things that could happen to you."