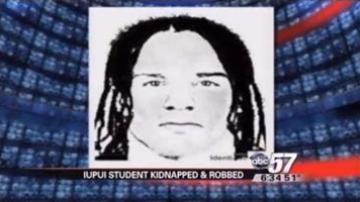 INDIANAPOLIS, Ind. -- The IUPUI community is on high alert Tuesday morning after a student was kidnapped and robbed!

The student told police someone in a white Ford Taurus jumped out of the car and grabbed him as he was walking near campus Sunday.

The robbers got nearly $700 from the kid before shoving him back onto the street.

Police released a sketch of one of the suspects.

So far no arrests have been made in this case.