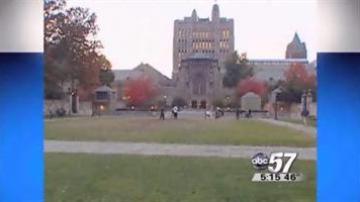 Ivy League schools sent their acceptance letters out last week but there are likely lots of disappointed applicants.

Harvard for example, accepted only about 2,000 of the more than 34,000 applicants. Some of the schools say they were being more selective to avoid the possibility of overcrowding.