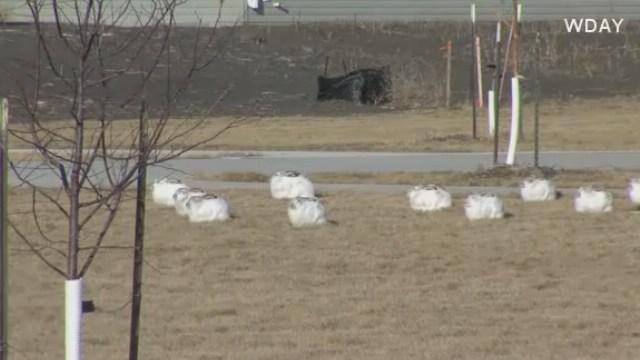 A cute scene has become a nuisance for residents in Fargo, North Dakota.

Hundreds of jack rabbits have taken over a park and neighborhood.

People say the animals have destroyed shrubs and are leaving their droppings everywhere.

Fargo Police say they're unable to do anything since the animals are wild.

"It's been about three months of them. Right away I thought they were really cute and now they're becoming a big nuisance and everyday I wake up and I open up the windows to see how many rabbits there are in my yard and there's at least 40 to 50 everyday,” said Kayla Straabe.

Some residents suggested poisoning the animals, however others feel that would be dangerous, since the rabbits are near a dog park.