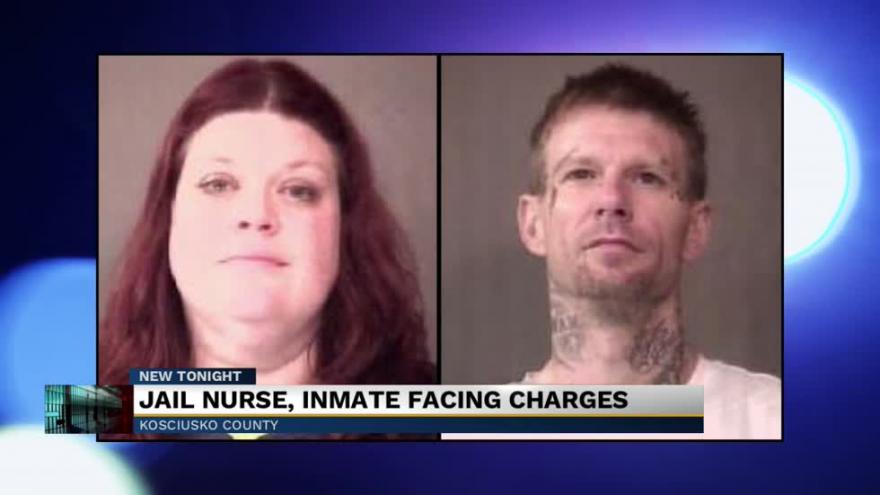 KOSCIUSKO COUNTY, Ind. -- A contract worker at the Kosciusko County Jail is facing charges in connection with giving an inmate drugs and a cell phone, according to court documents.

Jessica Frost, a nurse at the jail, has been charged with two counts of trafficking with an inmate and one count of dealing in a Schedule V controlled substance enhancing circumstances.

On November 6, 2019 at 9:45 p.m. jail staff observed Frost remove Fry from his cell block and take him to the nurse's office and shut the door, according to the probable cause affidavit.

When they exited the office approximately 20 minutes later, both were detained and searched, reports said.

Fry had seven Gabapentin tablets in a paper cup which was folded up and stapled and was inside his underwear, reports said.

Frost had a folding pocket knife in her bra and an iPhone in her pants pocket, reports said.

During a search of Fry's cell block, a phone charger was located, but there was no phone.