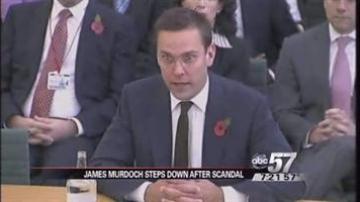 After a scandal in the family business, Rupert Murdoch's son is stepping down.

James Murdoch is resigning as chairman of British Sky Broadcasting.

He has been under intense scrutiny and pressure since it was revealed that the tabloids he ran hacked into cell phones of celebrities and victims of crimes.

The scandal forced the British tabloid News of The World to close, and the members of the Murdoch family were required to testify before Parliament about the scandal.