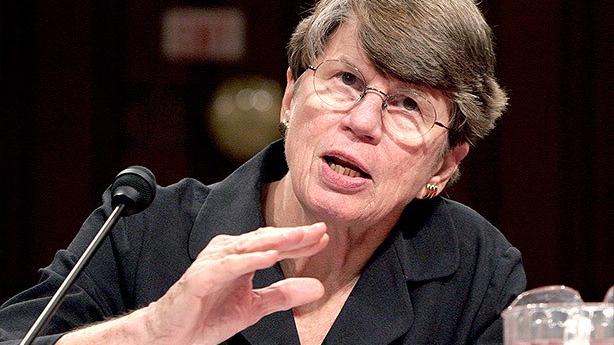 Reno, the nation's first-ever female attorney general, served in the Clinton White House from 1993 to 2001.

As part of the Clinton administration, Reno oversaw the high-profile convictions of numerous bombers including Ted Kaczynski, the domestic terrorist infamously known as the "Unabomber;" Timothy McVeigh and Terry Nichols for their roles in the 1995 Oklahoma City Bombing; and Sheik Omar Abdel-Rahman for the 1993 World Trade Center Bombing.

Reno's time in office was also bookended with a pair of major controversies that gripped the US: the 1993 Waco, Texas, standoff -- which resulted in the death of over 80 members of the Branch Davidian sect -- and the 2000 armed raid that led to the capture of young Cuban immigrant Elian Gonzalez.

At a ceremony to honor Reno in 2009, then-Attorney General Eric Holder praised his predecessor for her tenacity and tireless work ethic during her eight years holding the post.

"I don't know how many times she said to me, 'What's the right thing to do'," Holder said. "It was never what's the easy thing, what's the political thing, or the expedient thing to do."

In 2002, Reno ran to become Florida's governor, but narrowly lost in the Democratic primary.

Reno died at her home in Miami. She had battled with Parkinson's disease for 20 years.