January (lack of) sunshine: why snow keeps us cloudy

NOW: January (lack of) sunshine: why snow keeps us cloudy

After all the excitement of the holidays, we get to January. The days are short and gray, and it honestly just feels gloomy outdoors. Why does it feel like January is always cloudy in Michiana?

Well, it nearly is always cloudy in January. Over the last five years, there have been an average of 4 sunny days through the month. That means for an average month, there are 27 cloudy days. Last year there was even less sunshine, just three days for the whole month. This year, we haven't had one yet. Maybe it seems a little less gloomy knowing that this is "normal." 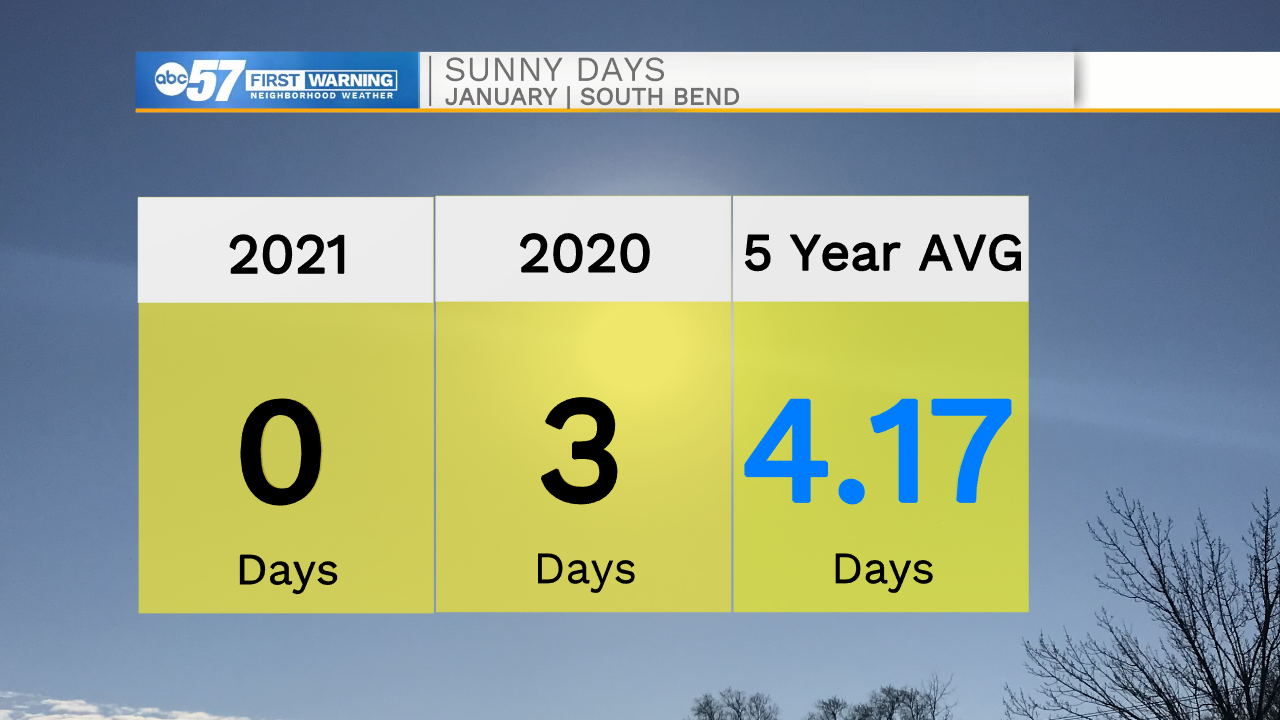 Why does this happen? Are there just more systems moving through Michiana in January, bringing more clouds?

The answer actually has to do with snow. After our first big winter snow, the roads get cleared quickly, but snowpack can last for a much longer time in grassy areas. January temperatures are normally around freezing (32 degrees), so the snow might stay frozen on the ground for a big part of the month.

On average, January has 13 or 14 days with high temperatures below 32 degrees. In 2020, there were only 4 days below freezing. As of January 6, we haven't had any so far in 2021, but temperatures have been just cool enough to keep our snow. 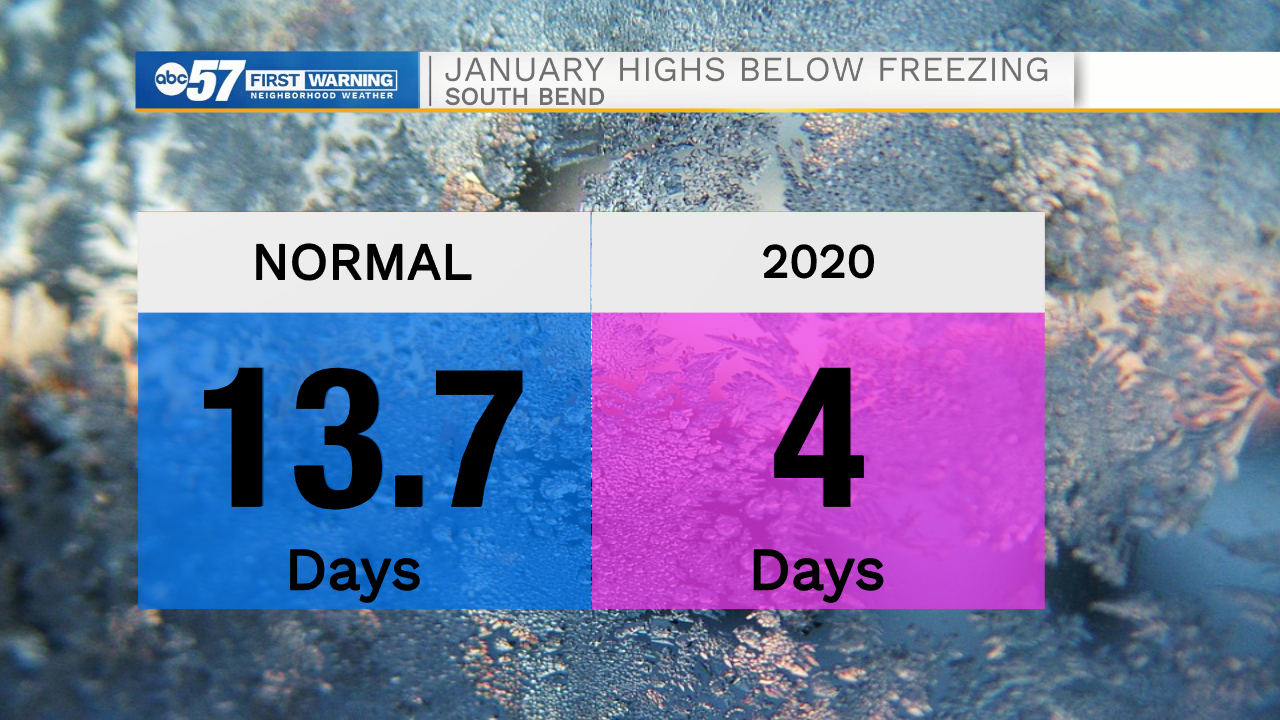 Snow holds cold, wet air. The liquid water evaporates and lifts to form low level clouds. Until the snow melts completely, evaporation continues, and we are left with gray skies. 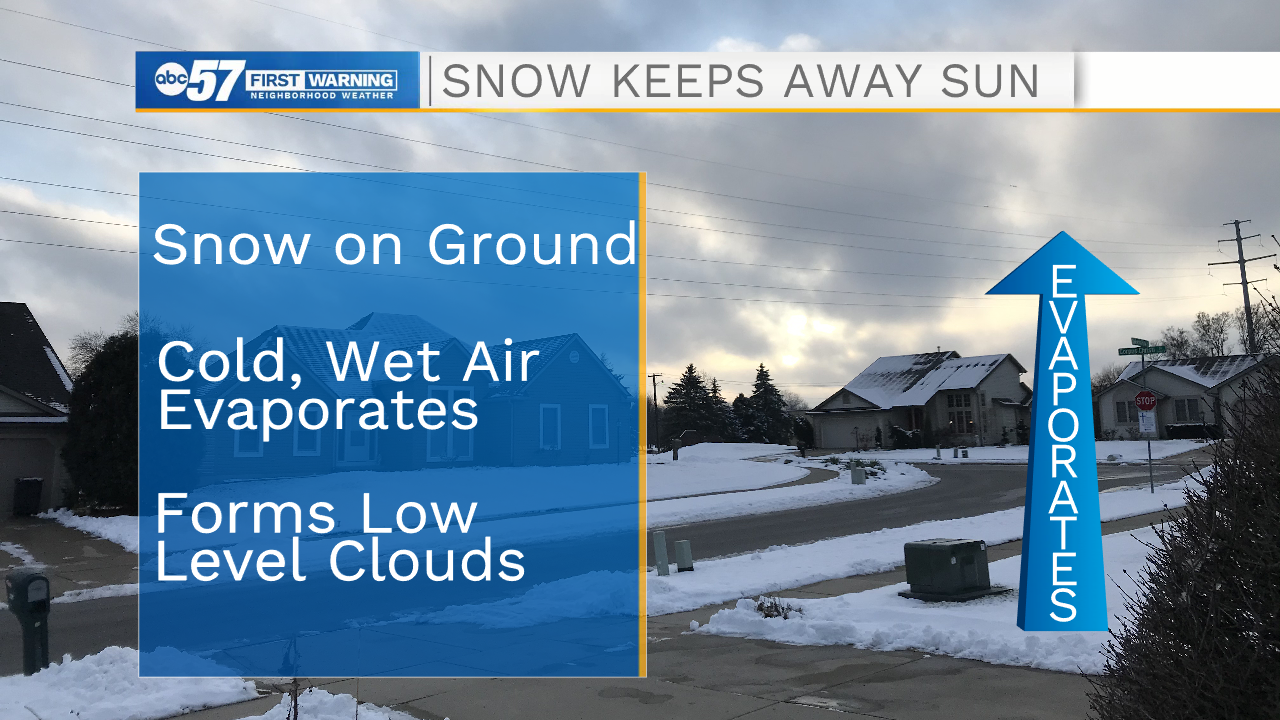 Are we expecting any temperatures warm enough to melt the snow? The Climate Prediction Center's outlook for January 13 - 19 forecasts temperatures near normal for Michiana. On the map below, red means above normal and blue means below normal. We are in the gray color, so we're expected to be right where we normally would be for January. Expect highs near 31 degrees, and lows near 17 degrees. 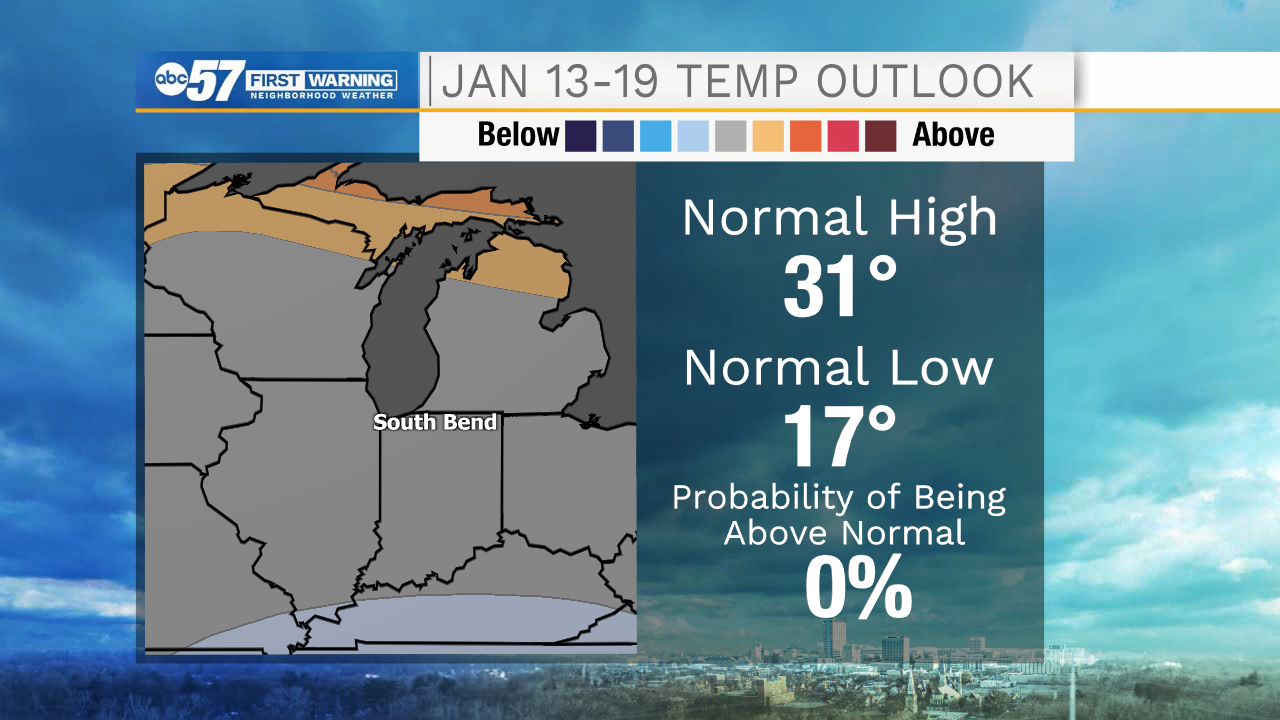 Now that we're all in a gloomy mood after reading this, I will leave you with some welcome news. While we won't likely see a lot of sunshine this month, we will see more light: remember, days are getting longer.

Just between today and January 20, we'll gain an extra 21 minutes of daylight. By the beginning of February, we'll have an extra 47 minutes of daylight from today! Enjoy the earlier sunrises and later sunsets. We're all in this cloudy month together. 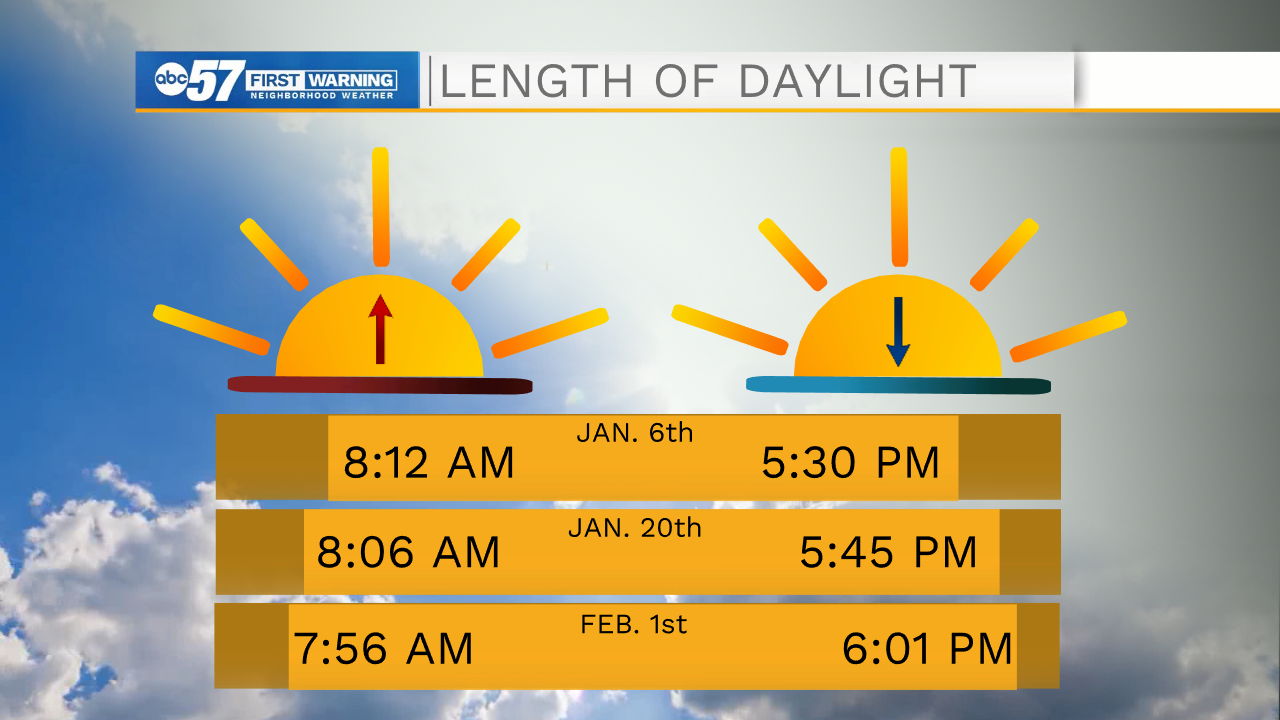