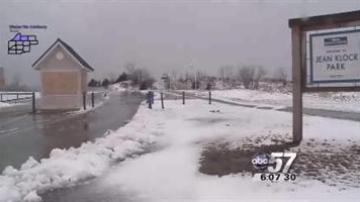 BENTON HARBOR, Mich.-- The gates at Jean Klock Park are back open on Friday.

This is an update to a story that we brought you earlier this month.

ABC 57 News asked the city why the gates were locked, even though the park was open.

Emergency Manager Joseph Harris said that those who were upset were just complaining, to complain.

After the story aired on ABC 57, the gates re-opened.