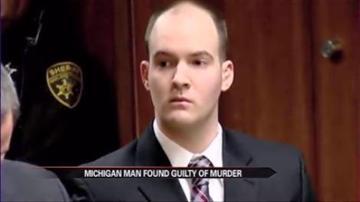 PONTIAC, Mich. -- A Michigan jury found a 21-year-old guilty of second-degree murder in the death of his mother.

Pyne was charged with first-degree murder.

His mother was found beaten and stabbed to death in a garage in Highland Township in May.

No evidence ties Jeff to the murder but there was no break in or theft.

His family and friends say that he is innocent of the murder.

The defense presented no witnesses. The defense attorney told the jury the prosecution did not prove their case beyond a reasonable doubt.