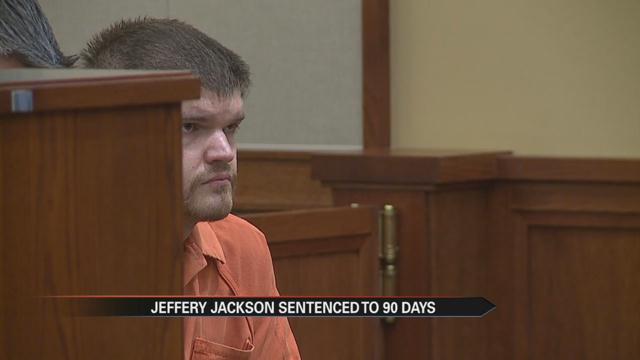 Jeffrey Jackson was sentenced Thursday for charges related to the accident that killed 16-year-old Makayla McKenzie on May 3rd.

Jackson was sentenced to 90 days in jail and 24 months of probation. The judge also suggested that Jackson seek counseling and services after he is released from jail.

According to Judge Stacey Renfrew, Jackson had a clean criminal and driving record prior to the deadly accident.

According to evidence, Jackson was not texting while he was driving at the time of the accident and no alcohol or drugs were in his system. He also told the judge that he was on an unfamiliar road when the accident happened.

Two other victims involved in the crash alongside McKenzie,  16-year-old Camryn Raab and 17-year-old Hannah Philpot, spoke in court saying that they were both tremendously impacted by the accident physically and emotionally with the trauma of losing their best friend.

McKenzie’s parents said they didn’t want to see Jackson rot in jail, but do want to see him serve some jail time to set an example.

McKenzie’s mother had one request in court Thursday. She asked that if he is able to, they want Jackson to view Makayla’s funeral service which she says is “beautifully displayed and tells about her life” on YouTube.

Jackson replied to both the parents and the friends involved in the accident saying, “all I can say is that I’m sorry”.