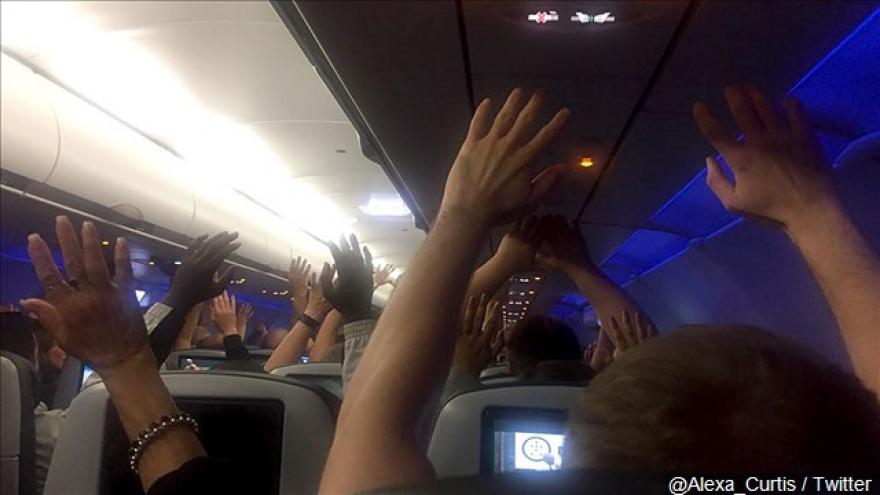 There was a brief scare due to a radio glitch aboard a JetBlue airplane. Passengers on the plane tweeted that \"heavily armed\" police boarded the plane to investigate. Photo courtesy @Alexis_Curtis / Twitter 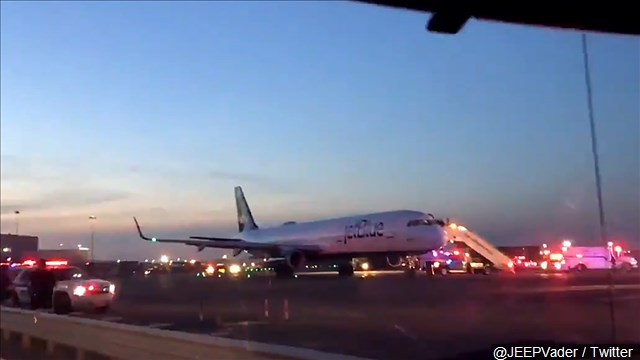 The Federal Aviation Administration says Jetblue Flight 1623 "experienced a radio equipment problem while taxing for departure" at about 8 p.m. Tuesday. It says the crew requested to return to the ramp.

The Port Authority of New York and New Jersey says the aircraft, which was bound for Los Angeles, was inspected and cleared with no security threat.

Video shows the plane on the tarmac surrounded by police and rescue vehicles.

Passengers on the plane tweeted that "heavily armed" police boarded the plane to investigate.