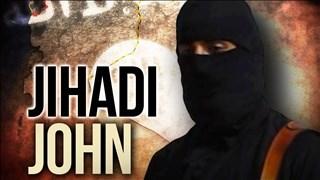 The man who has appeared in multiple videos released by ISIS of brutal beheadings has been identified as a London-raised college graduate.

The terrorist known as “Jihadi John” has only been seen dressed in black with his face covered, and a former senior U.S. Intelligence official has confirmed the man is Muhammad Emwazi

Emwazi is a native of Kuwait and is believed to be in his mid-twenties.

Those who knew him well say before he left for Syria three years ago where he later joined ISIS, Emwazi started to become frustrated, making claims the British government repeatedly harassed him.

Reporter from the Washington Post Adam Goldman uncovered his identity, and he was told the British intelligence agency MI5 questioned Emwazi and tried to recruit him.

“They had his DNA. They had his fingerprints. They had taken pictures of him. They were watching him. What happened? Did he fall off the radar?” says Goldman.
U.S. and British intelligence officials have known who was behind the mask for months, but have not made any comments.

“I'm not in a position to either confirm or deny,” says White House Press Secretary Josh Earnest.

As the hunt for Emwazi continues, the family of one of his victims, American journalist Steven Sotloff, says they are confident he will be caught.

“We want to go and watch him be prosecuted in the American court of law and spend the rest of his days in a supermax prison where he'll live in isolation. That's the American justice,” says Sotloff family spokesman Barak Barfi.