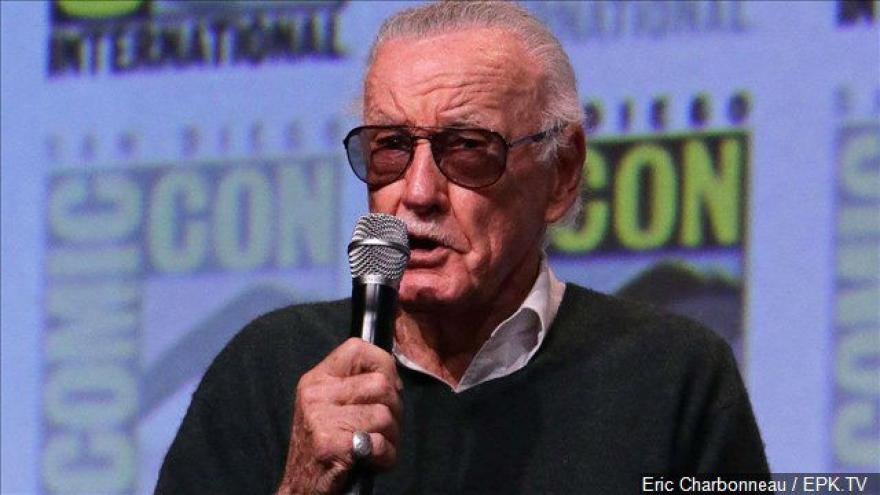 Lee, who was married to her husband for 69 years, died quietly Thursday morning surrounded by loved ones, a statement read.

No further details were released, and the family asked in the statement that their privacy be respected as they grieve.

The former Joan Clayton was a British hat model, married to an American Army officer stationed in England when she and Lee first met.

Lee told The Hollywood Reporter in an interview last year that didn't stop him from pursuing her.

"I realized she didn't really love that guy and was probably planning to divorce him anyway," Lee said.

In a 2002 interview, Joan Lee said the first time she met the future comic king he told a friend, "I've drawn that girl's face a thousand times. I'm going to marry her."

"The man said to him, 'Well, you can't she's married already,'" she recalled. "He said, 'That doesn't matter.' And six weeks later I was in Reno, divorced and married to Stan."

The pair were devoted to each other and the parents of two daughters (one of whom died soon after birth).

Lee is credited with encouraging her husband's comic career when he considered pursing work as a novelist, reportedly telling him "Before you quit, why don't you write one comic you are proud of?"

He did just that with the "Fantastic Four," which rocketed both Marvel and Lee to success.

"My wife and I are really so close and yet I'm not sure she's ever read a story I wrote," Lee said in a video for the online biography site Web of Stories. "She's totally not into comic at all.

He added that his wife was perfect for him because she focused on her love of decorating and wasn't bothered by his long hours writing.

"She can always keep herself busy, which is wonderful for me so I don't feel guilty when I'm in my room writing," Lee said.

Marvel fans came to know Joan Lee for her voice-over work as Miss Forbes and Madame Web in the animated versions of "Fantastic Four" and "Spider-Man" respectively. She also had a cameo in the 2016 motion picture "X-Men: Apocalypse."

In 1987, she published a novel titled "The Pleasure Palace" and had three other unpublished books, according to daughter J.C. Lee.

"My mother is so out-of-the-box and talented. I know she doesn't like when I continue about her, but I have two incredibly talented parents and part of my joy has been watching them," J.C. Lee told the Huffington Post in 2015. "You know, it's like watching a love story."