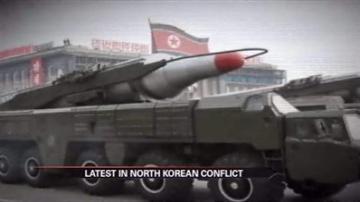 Tensions are rising in North Korea as secretary of state John Kerry sends the nation a warning. Kerry sent the warning to leader Kim Jong-Un not to test-fire a mid-range missile.

While China is pressuring him to resist launching any missiles in South Korea, the US made it clear.

"The United States will, if needed, defend our allies and defend ourselves," said Kerry.

There is no evidence that the missiles currently in position to launch involve a nuclear weapon.

Despite the possibility of war, no real fear is on the streets in either North or South Korea.