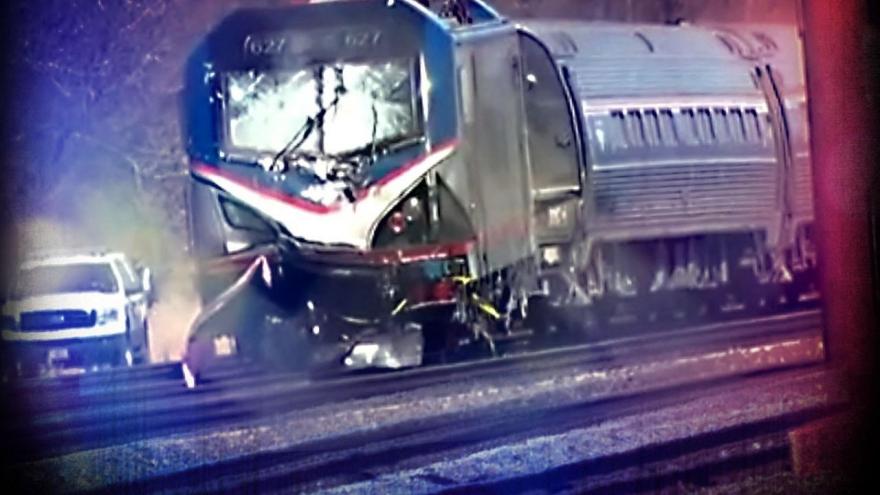 (CNN) -- A judge in Philadelphia on Thursday said there is probable cause to charge an Amtrak engineer in a 2015 derailment that killed eight people and injured more than 200.

Judge Marsha Neifield of Philadelphia Municipal Court issued an order saying Brandon Bostian could be charged with involuntary manslaughter and reckless endangerment. Both charges are misdemeanors.

On Tuesday, the Philadelphia District Attorney's Office had completed its investigation into the derailment at the Frankford Junction on May 12, 2015, finding that while evidence indicated that the derailment was caused by Bostian operating the train "far in excess of the speed limit," the evidence did not rise to the level of pressing charges against him because there was no evidence he acted with criminal "intent" or criminal "knowledge."

On Thursday, attorney Thomas R. Kline filed a private complaint on behalf of John Jacobs, father of Rachel Jacobs, who died in the crash.

"We have a process here in our court system where I can take that denial and ask a judge to overrule the DA. The judge this afternoon overruled them, overruled the DA's office," Kline said.

After Neifield's order, Cameron L. Kline, communications director for the district attorney's office, said in a statement: "Judge Neifield has ordered the filing of two private criminal complaints as a result of the Amtrak train 188 derailment. In view of our earlier decision not to file charges, we have referred this prosecution to the Pennsylvania Attorney General. We take this action to avoid the potential for any apparent conflict of interest, consistent with the Pennsylvania Commonwealth Attorney's Act."

Amtrak declined to comment and calls to Bostian were not returned.

The 2016 National Transportation Safety Board investigation into the derailment concluded that prior to the crash Bostian was distracted by radio conversations between other trains and dispatchers about other trains being hit with projectiles.

NTSB investigators say they found no evidence the Amtrak engineer was using alcohol, drugs or a cell phone. The ride from the train station in Philadelphia to the site of the derailment was 11 minutes. Investigators say seven to nine of those minutes the engineer was listening to and participating in the radio conversations regarding other trains being hit with a projectile.

When NTSB investigators interviewed him, the discussion of trains being hit by a projectile was one of the few details the engineer remembered clearly.

The Amtrak passenger train was traveling from Washington to New York City when seven of its cars and its engine jumped the rails. The train's data recorder revealed it was traveling at 106 miles per hour around a sharp curve that had a speed limit of 50 mph.

The section of track where the train derailed in Philadelphia, Frankford junction, was not equipped with safety equipment called automatic train control. The automated system notifies an engineer if the train is speeding and applies the brakes automatically if the engineer does not respond. The NTSB has said had that equipment been installed the accident would not have happened.

Amtrak has since installed that speed control along the section of track where the derailment occurred.

CNN's Rene Marsh and Dave Alsup contributed to this report.