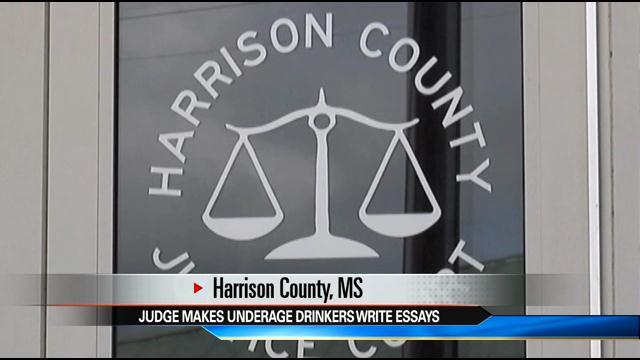 A southern Mississippi judge is turning an offense for underage drinking into a lesson for minors.

Dozens of tickets are written monthly, which could cost each person hundreds of dollars and cause them to lose their license for up to 90 days.

But Judge Albert Fountain has come up with an alternative way to sentence minors charged with possession of alcohol.

"A thousand word essay on The Book of Revelations and all the effects from drinking alcohol, I don't force them to do that. It's their choice, but that's just my recommendation. They can write it on anything they want to," said Fountain.

He also takes their licenses for ten days and puts them on a 90-day non-reporting probation.

The judge says while it's controversial, it's worth it for him.