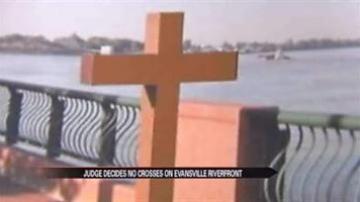 EVANSVILLE, Ind. — A judge has ruled that it would be unconstitutional to allow a church to display crosses along a riverfront.

A resident there filed the lawsuit objecting for the cross display. She says the city does not need to endorse a particular religion.

"The prayer vigil in fact it meets right over here once a year," said Nancy Tersitano. "All kinds of people from all religions are invited. There's a beginning and an end to it. If they all carry crosses in or whatever symbols of their they take them home with them."

Opponents of the display are happy with the ruling. But admit a majority of residents are not.

The church says the crosses would attract people to the riverfront.

They are looking for property near the riverfront to display the crosses.