While some areas of the country are basically done with storm season, Michiana’s severe weather season is just beginning. June is the month where the region typically sees the most thunderstorms and the most wind-related severe weather warnings. 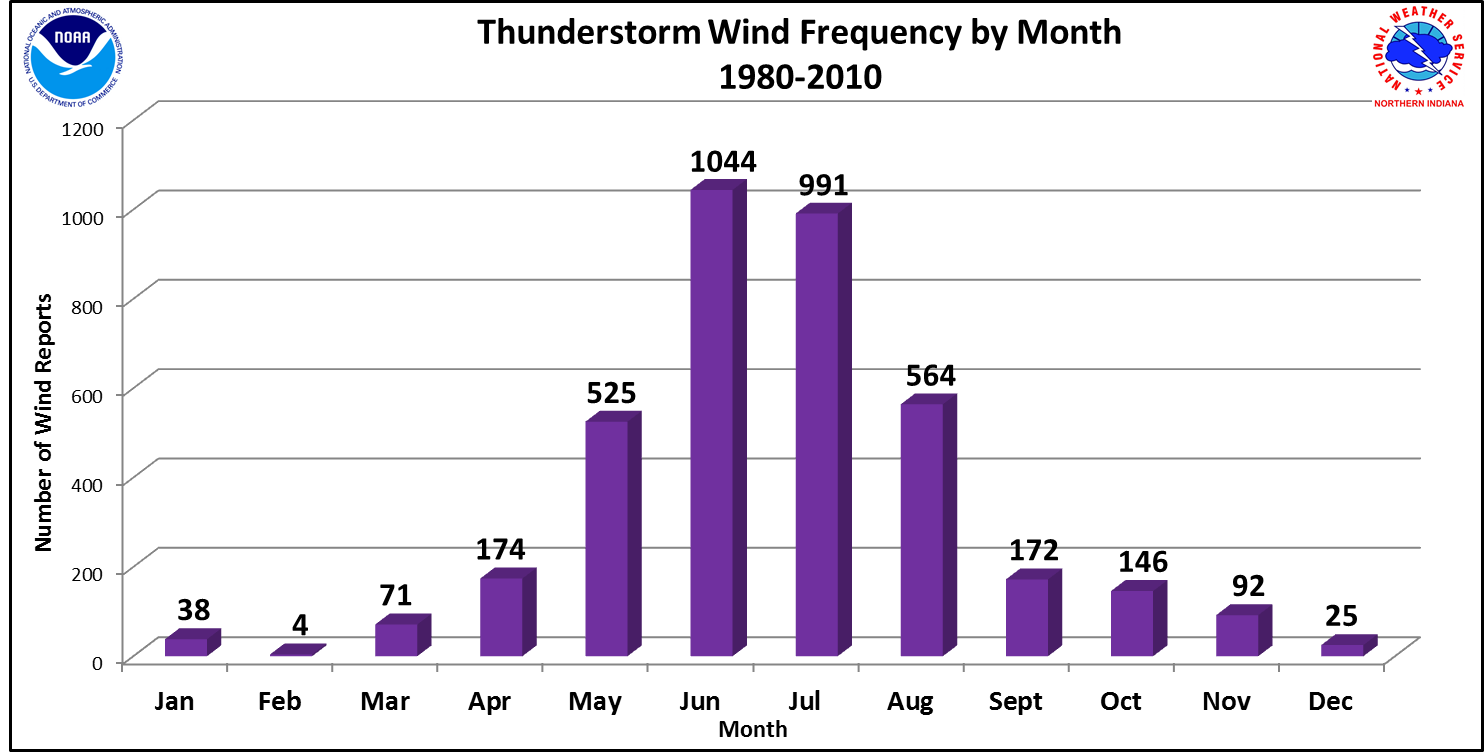 There is a secondary peak of storm season during the middle and end of July.

More than half of storm events across Michiana are for damaging wind gusts, with hail and flooding rounding out the top three. 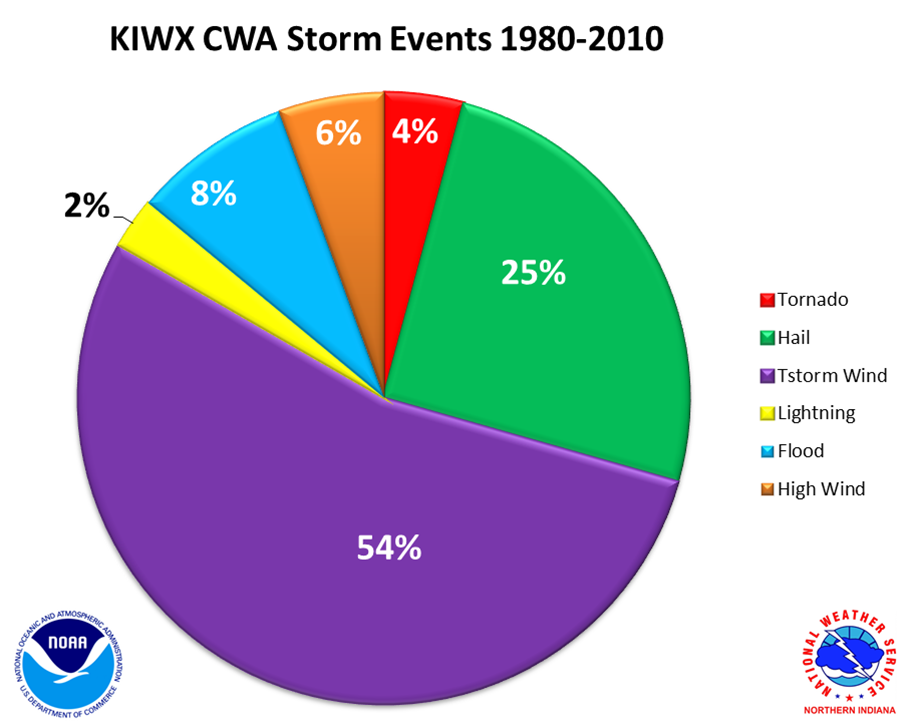 This severe season trend has continued during the last 10 years as well, with one big exception. From 1980 to 2010, June was easily the month with the greatest frequency of tornadoes. 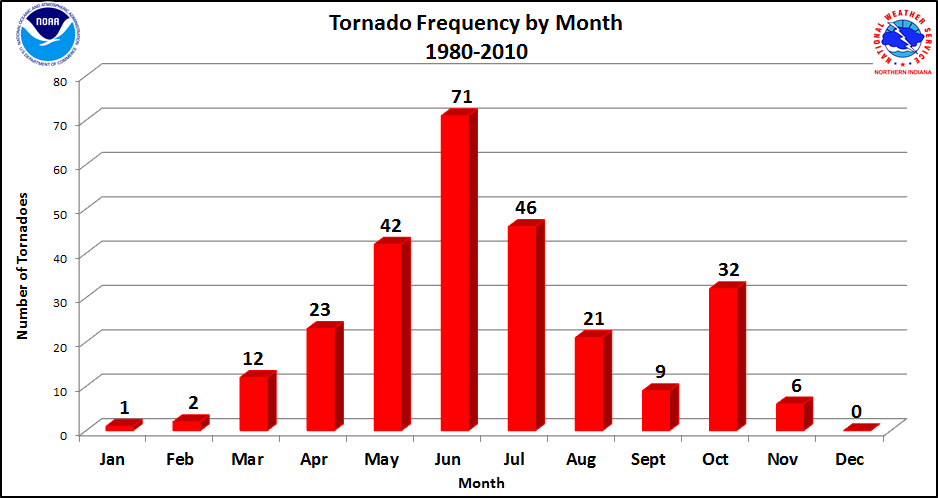 However, from 2010 to 2020, tornado warnings across Michiana rarely occurred in the month of June, and instead were more common in the months of May and August. 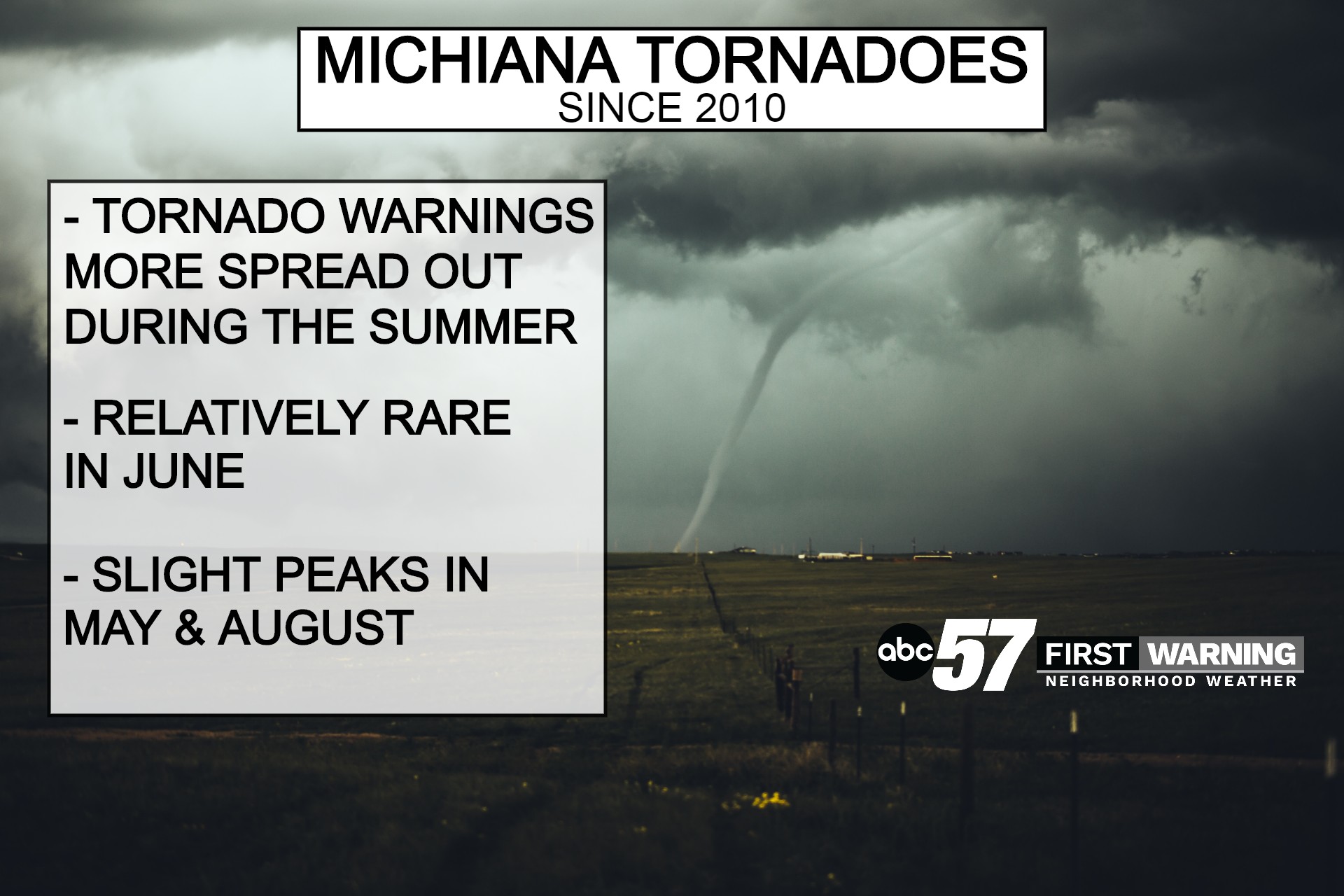 Tornado season has been less defined in recent years locally, meaning we can’t let our guard down as we head into typically the busiest time of year for storms.