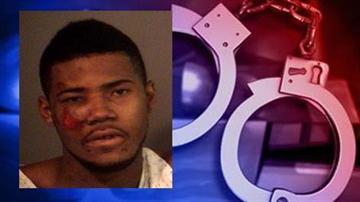 A jury convicted 23-year-old Patrick Kene Talley of attempted murder and battery with a deadly weapon in the June 8 shooting at the 100 Center in Mishawaka.

Talley shot Damario Lane three times in the chest and DaShaun Taylor in the leg.

The jury deliberated for three hours.

He will be sentenced December 12.