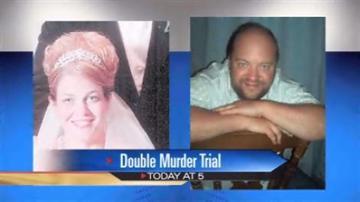 CASS COUNTY, Mich. -- A jury was seated Tuesday in the double murder trial of Keith Lintz who is charged with killing John and Carolyn Tarwacki in January 2010 at their Niles home.

The Tarwackis had been beaten, stabbed and shot.

Lintz was arrested in October 2012 for the murders.

Because of the high profile nature of the case, the Michigan Attorney General's Office named a special prosecutor, Doug Baker, in the case.

It took the state and the defense over five hours to seat a jury of six women and eight men.

Judge Michael Dodge told the jury he expects the trial to last for a couple of weeks.

During opening statements, Baker described how and where the Tarwackis were murdered and then showed the jury the still bloody butcher knife used in the murders.