Just how cold is it?

NOW: Just how cold is it? 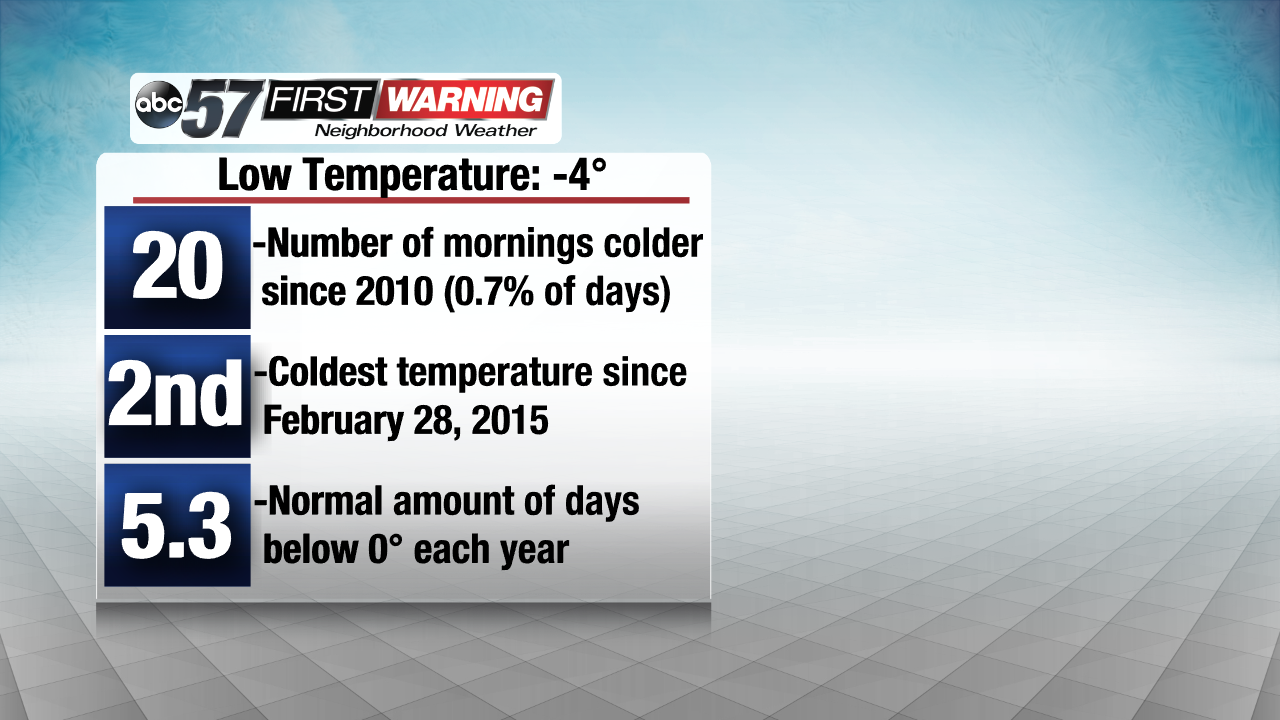 One of the coldest mornings in quite some time Wednesday. 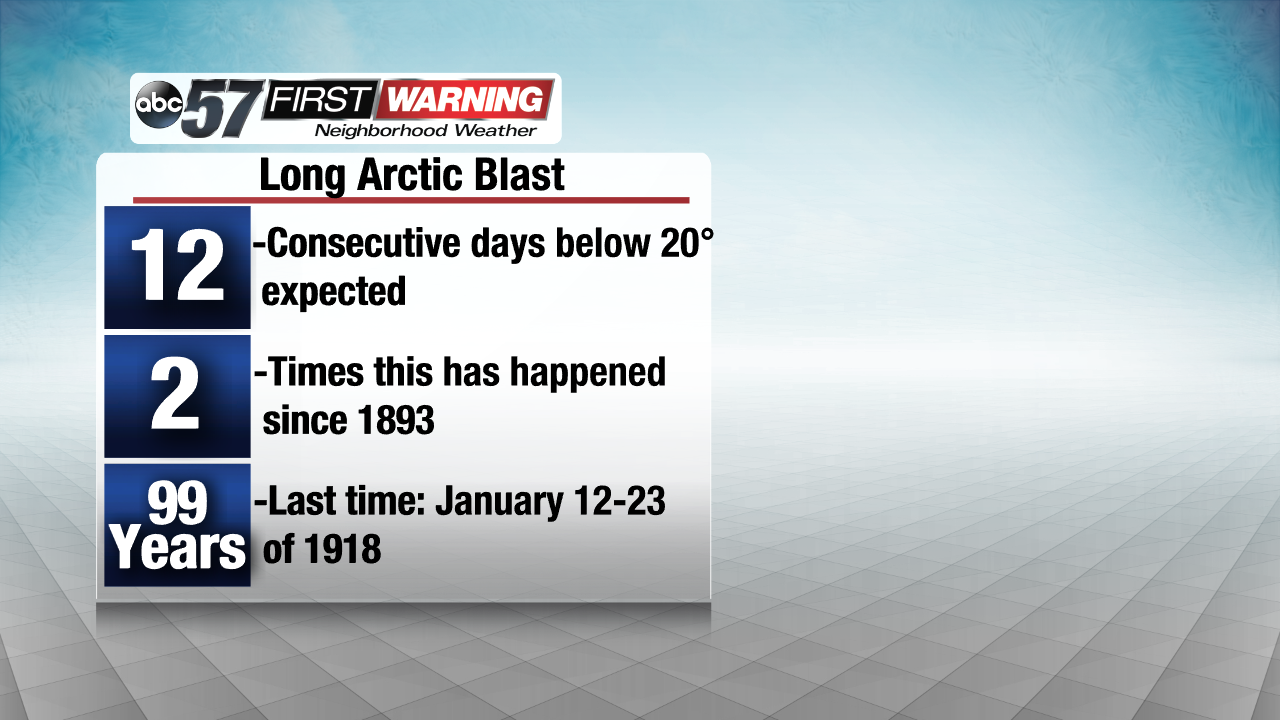 Arctic air for the record books.
We are all aware that it is down-right frigid outside. But just how cold is it? South Bend dropped down to -4° Wednesday morning. That is tied for the 20th-coldest temperature recorded in the city since January 1, 2010. In other words, only 0.7% of mornings since January 1, 2010 have been colder than what we woke up to Wednesday. It was even colder in locations like Goshen and Winamac, which dropped down to -7° and -11°, respectively. To add insult to injury, those numbers do not factor in any type of wind. Wind chills were below -20° in multiple locations this morning, creating dangerously cold conditions for not only us, but vehicles, homes and pets as well. 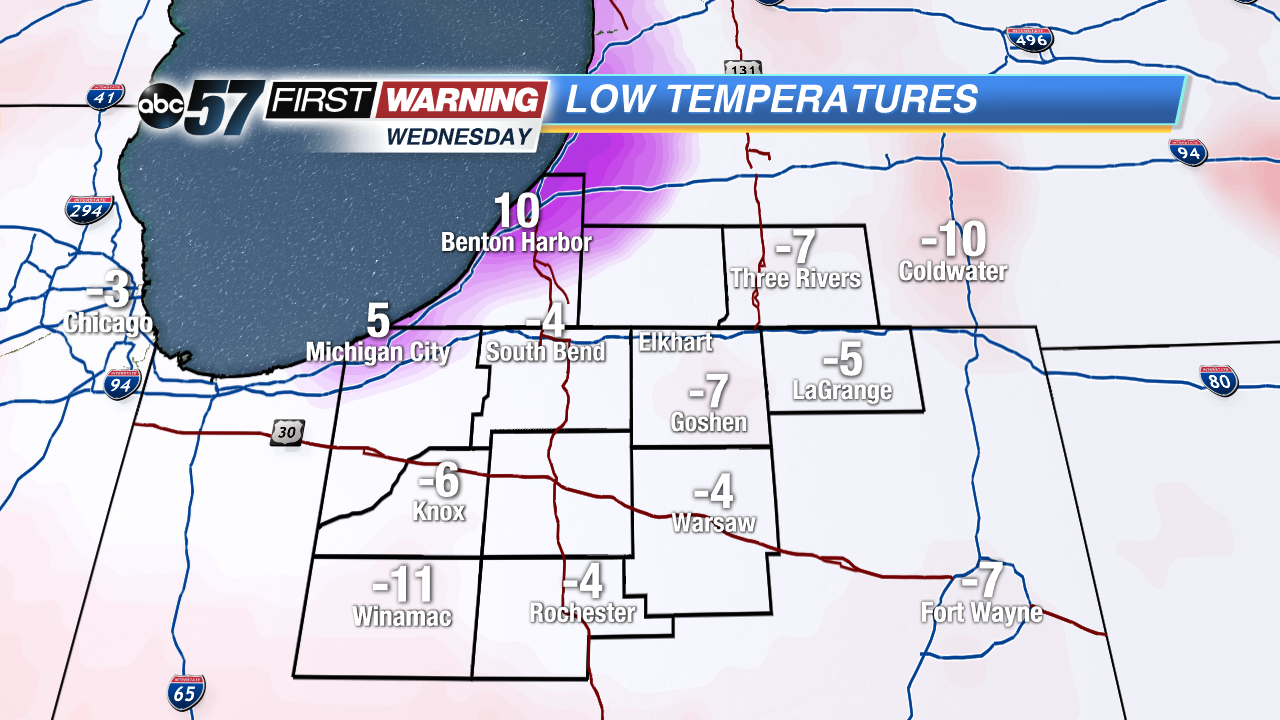 The -4° in South Bend is officially tied for the 2nd-coldest temperature recorded in the city since February 28, 2015! The only time we dropped below -4° since that date was back on December 19 of last year. That's when the mercury dropped all the way down to -14°! The subzero temperatures aren't all that abnormal in Michiana, though. In fact, South Bend averages just over five nights per year below zero -- most of which occur in January and early February.

And, if you find yourself wondering about what lay ahead for the area in the temperature department, you probably aren't alone. The bitter cold is going nowhere over the next 10 days or so, if not longer. We are not expecting to crack the 20-degree mark until perhaps January 5th or so. As a result, South Bend will likely record a stretch of at least  twelve days without eclipsing 20°. If that does happen, it would only be the third time in history (since records began in 1893) that South Bend saw such a streak. You have to go back 99 years to find the last instance of at least twelve straight days below 20°!

While it's easy to simply continue saying "it's cold," "it's frigid," and "bundle up," this may put things into perspective and shows just how cold it actually is across Michiana. Bundle up!