Justice has been served: A look at a retiring South Bend Police K-9’s career

NOW: Justice has been served: A look at a retiring South Bend Police K-9’s career

ST. JOSEPH COUNTY, Ind.—A South Bend Police K-9 has been serving up his namesake in St. Joseph County for over 10 years.

“He’s like my best friend,” Justice’s handler, Investigator Paul Strabavy said. “I tell this story when I do drug education and K-9 demos, he rides with me, he’s with me all of the time, and I’d said the number one thing about him is I can tell him anything and he’ll never tell anybody.”

Drug detection K-9 Justice, a German Shepherd, was just three years old when he began working with Strabavy in 2012.

Since then, Justice has worked tirelessly with Strabavy, an investigator for the Drug Investigation Unit with the St. Joseph County Prosecutor’s Office and South Bend Police officer, to keep items like drugs and guns off of South Bend’s streets. 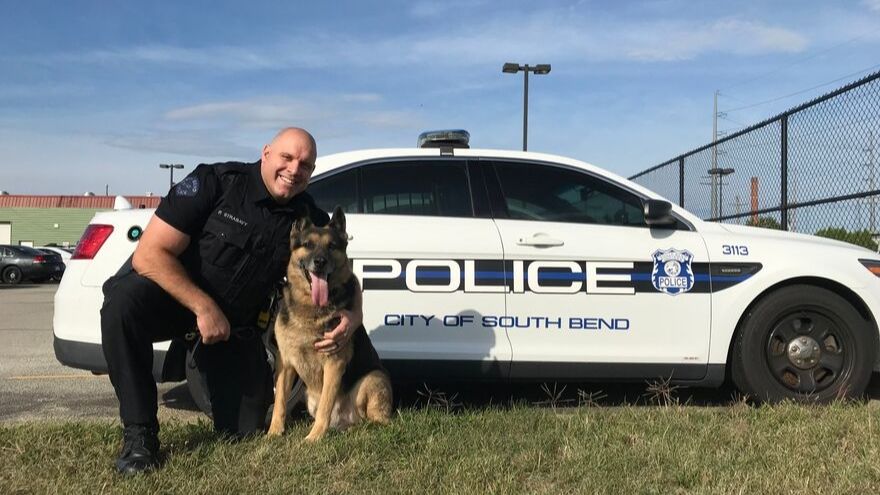 Justice started working with Investigator Strabavy when he was three years old but has been a drug detection K-9 since he was 18 months old.

“When I first got him in 2012, he actually found some kilos of heroin and a half kilo of black tar heroin in the mail, in circulation, which led to further investigations and the arrests of some parties,” Strabavy said.

Justice has also worked alongside of Michigan State Police on investigations, one which resulted in the seizure of about $200,000 in narcotics-soaked currency.

“That money, it goes into different funds and gets redistributed back into circulation throughout the city and the area versus it leaving and going somewhere else,” Strabavy said, on what happens to currency once it’s seized by law enforcement.

One search that Justice was involved in recently led to the discovery of 29 guns inside of a South Bend storage facility. 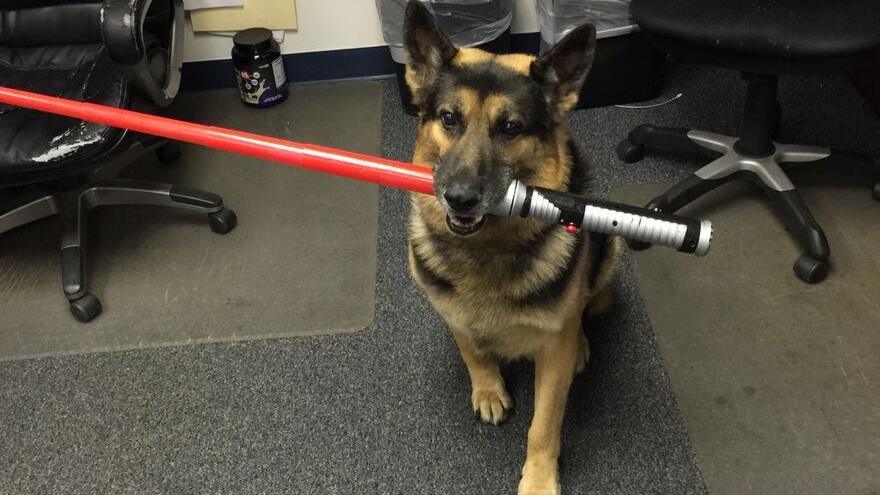 Strabavy says that Justice has played a vital role in securing many search warrants that have led to arrests and drug and firearm seizures.

During his career, Justice has found and proofed nearly $690,000 in currency.

“Justice plays a role in a lot of our investigations. He’s utilized for vehicle sniff-overs and we obtain warrants for it, and if we have something with people mailing stuff through parcels, storage facilities and everything, we utilize the dog,” Strabavy said.

Strabavy said that while the cost to the department for the dog is multiple thousands of dollars, he says Justice has more than paid for himself in terms of what’s he has contributed to the public’s safety, as Strabavy says the street value of the drugs Justice has retrieved exceeds $1 million.

As of October, Justice is enjoying being semi-retired, sometimes hanging out at home but also still reporting for work at Strabavy’s side while the investigator trains another drug detection K-9, Gary.

“I get the question a lot, ‘what will happen to Justice when he’s retired,” Strabavy said. “Justice, when he retires, will live out his days with my family. We are more than happy and honored to have him as a buddy and a family member and we will take care of him and love him and he deserves every piece of that because that dog has given everything that he possibly has.” 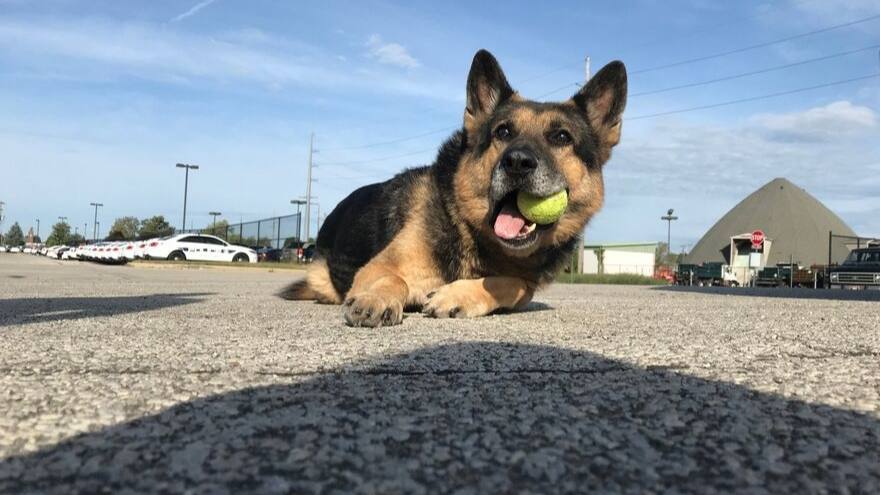 Justice will spend the rest of his life living with the Strabavy family.

Justice will be enjoying some couch time and car rides with the front window down when he officially retires at the end of the year, Strabavy said.

“We’re bonded. I don’t know if that happens to any other canine handlers, but it definitely happened to me,” Strabavy said.