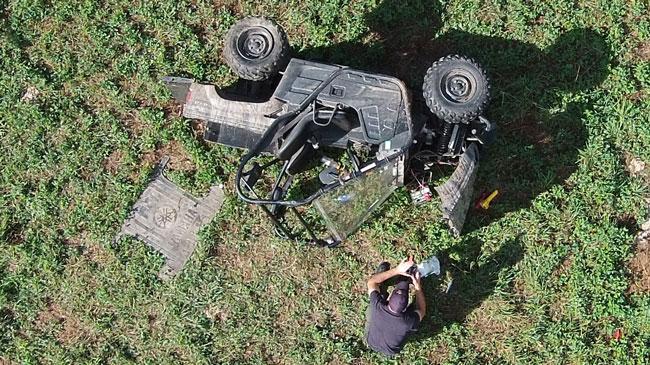 Two 13-year-olds were injured in an ATV crash Saturday afternoon near the 18000 block of Lincoln Highway, according to Indiana Conservation Officers.

Officers say Tanner Feece, 13, was driving an ATV on private property when it overturned while making a high speed turn.

His passenger, 13-year-old Andrew Aker, was ejected from the vehicle.

Aker was transported to St. Joseph Regional Hospital in Plymouth with a broken arm.

Feece was flown to Parkview Hospital in Ft. Wayne with serious injuries.