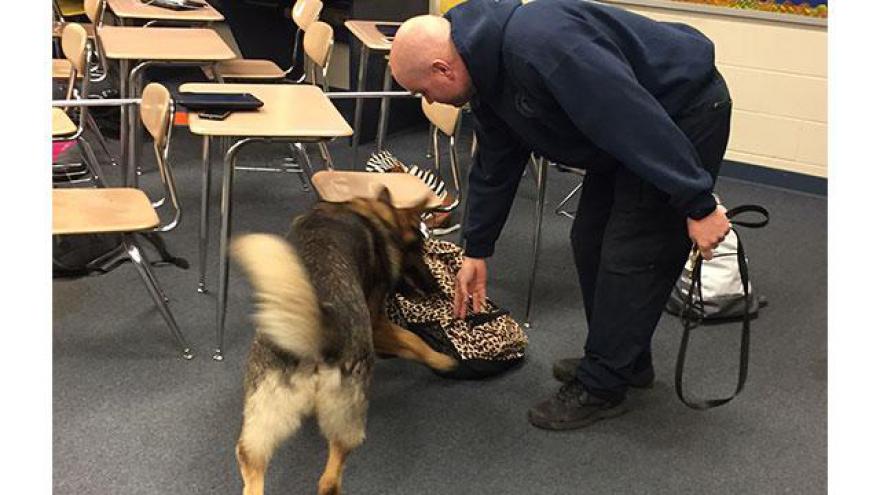 The sweep was a result of a request from New Prairie administrators.

Instead of checking lockers, the K9s conducted sweeps in classrooms selected at random by school administrators.

Four K-9 teams along with school administrators went to seven different classrooms once all the students were taken to a holding area.

The K9s swept the book bags left in the classrooms.

K9s indicated on three book bags. They were taken to the administrative officers and searched with the students present. No narcotics were found, according to the sheriff's office.

“This was the first time a sweep has been conducted in La Porte County schools that targeted book bags and we are pleased with the results” stated La Porte County Sheriff John Boyd. "It was efficient and much less difficult on the dogs. We were in and out of the school in about 30 minutes. While we believe strongly in utilizing the K-9 teams for these sweeps, we also feel it is important to minimize the disruption to the school day.”