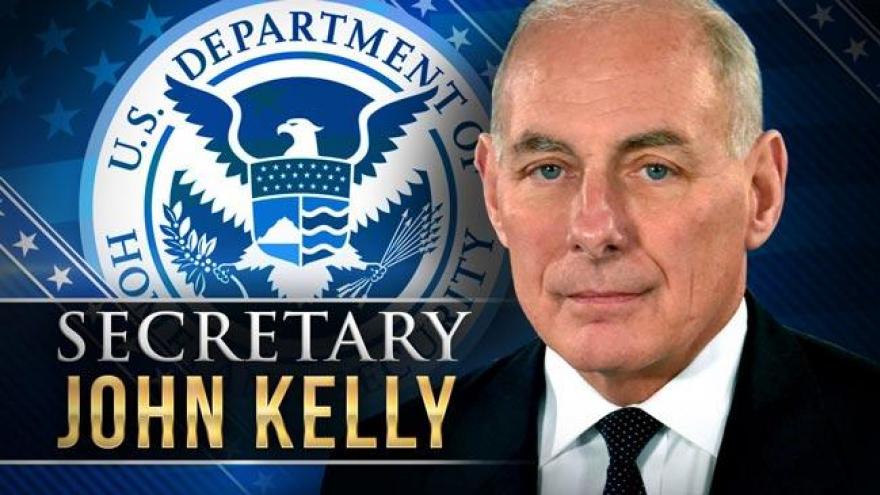 (CNN) -- Homeland Security Secretary John Kelly says the Trump administration hopes to follow through on President Donald Trump's promise to build a wall along the border between the United States and Mexico before the fall.

"We hope to begin construction by the end of the summer," he told CNN's Kate Bolduan Friday on "At This Hour." "Clearly, we're not going to build a wall in an afternoon."

Kelly and Attorney General Jeff Sessions are touring the border and met Thursday with law enforcement personnel from several federal agencies at a federal building in El Paso, Texas, which includes immigration courts and is blocks away from a detention facility. They spoke to CNN from San Diego on Friday.

Kelly said he is talking to local and state lawmakers willing to share their views on the best way to build the wall.

While lawmakers on both sides of the aisle have criticized the plan to have taxpayers fund the wall, Sessions said he believes Congress will eventually support funding the project.

"I think Congress will provide the necessary funds and there will be ways to fund this wall," he said. "I believe we've got to do it. It's the final step in moving us from the success we've had so far to a permanent system where we can be proud of in ending the lawlessness."

"We want people in America to know that we've secured the border, we have a lawful system of immigration, one that we can be proud of and that serves the national interest," Sessions added.

Kelly acknowledged that President Barack Obama was criticized by immigration activist groups for a high number of deportations, but he also argued that the border was still not secure under the previous administration.

"Nothing's been done in the past eight years to to enforce the border rules and regulations, not to mention many of the immigration laws inside of the United States," he said. "This is all about securing and safeguarding the southwest border but at the same time -- and this is critical -- making sure the free flow of legal movement and people and commercial interest north and south happen. And we're dedicated to that."

Kelly said Obama attracted so much attention for deporting so many undocumented immigrants because a high number of immigrants entered the country illegally under his administration -- something the secretary said has changed under Trump.

"Yes, under the Obama administration they turned back a large number of individuals, but that's because it was a very open border almost," he said. "Those that would come up here illegally have decided not to make that dangerous trek as we secure the border."

"The fact is we have fewer and fewer people -- a radical reduction in the last two months of illegal crossings," Kelly added.

Sessions was asked about a high-profile immigration case involving a 23-year-old man whose lawyers say he was unfairly deported despite having protection under the Deferred Action for Childhood Arrivals program.

Judge Gonzalo Curiel, a federal judge repeatedly criticized by Trump on the campaign trail last year, was recently assigned to hear a records request brought by Juan Manuel Montes Bojorquez, who was deported from California to Mexico earlier this year. Trump attacked the US-born Curiel, saying he couldn't fairly oversee a lawsuit against Trump University because of his Mexican heritage.

Despite Trump's past with Curiel, however, Sessions said he believes the administration will get "a fair day in court."

"That first recusal will be his decision," Sessions said. "I know of no reason at this point than to expect anything other than we'll get a fair day in court."

"I fully intend to defend General Kelly and his team for the work they have done, and we expect that any federal judge that hears it will hear it objectively and according to the law and the facts," Sessions said.