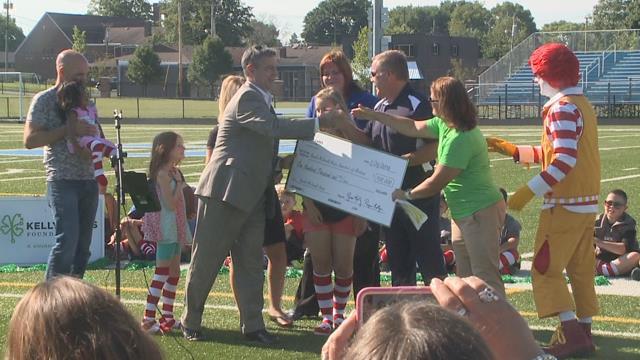 A big donation will have a lasting impact for those in need coming from a local foundation.

The Kelly Cares Foundation was founded by Notre Dame Football Head Coach Brian Kelly and his wife, Paqui, and the donation is meant to go a long way.

“To have a place for the moms and dads to just come and relax you know children that are there in severe cases to having a refreshing get away even if it's just a few minutes is just awesome,” said one father attending the event.

The charity says the new house being built was very much needed because the old rooms they had on the third floor of the hospital were limited.