Kentucky Chinese restaurant shut down for serving up road kill 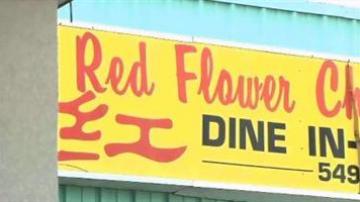 WILLIAMSBURG, Ky. -- The health department shut down a Kentucky Chinese food restaurant after a customer accused workers of serving up an animal found on the side of the road.

Katie Hopkins said she called authorities after she saw workers at the Red Flower Chinese Restaurant wheel in a dead deer.

The county health department shut the place down once the owner admitted to bringing in road kill.

"Apparently they were going to feed it to customers, they had it all cut up and they were dissecting it,” said Katie Hopkins. “There was this tail, a big, white, fuzzy, tail. A leg was sticking out of the garbage can. They had a box on top of it. They were wheeling it in there, like really quick, like trying to hurry. One of the other employees was mopping up blood that was dripping out of the garbage and on to the floor."

Customers say they don't know if they'll be visiting the restaurant in the future.