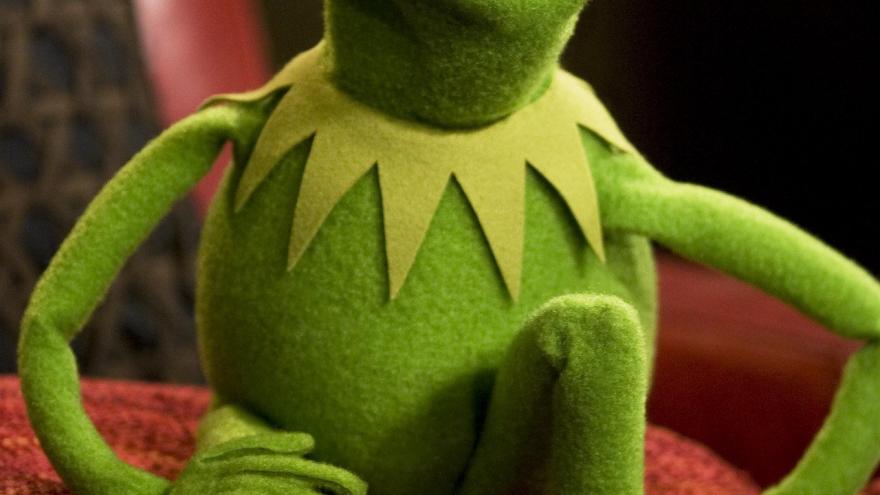 (CNN) -- The new Kermit the Frog has made his debut.

In July, Matt Vogel replaced former puppeteer Steve Whitmire, who had portrayed the character for 27 years.

Whitmire took over as the voice of Kermit after the famous frog's creator and originator of the voice, Jim Henson, died suddenly in 1990.

But the puppeteer was suddenly replaced this summer by Disney, owners of The Muppets Studio. The company and The Muppets Studio told The Hollywood Reporter that Whitmire was dismissed for "unacceptable business conduct."

Whitmire told the publication he was let go for being "disrespectful" and outspoken.

"I have been outspoken about what's best for the Muppets since the Muppets came to Disney [2004], but the fact is I have respect for everyone who was involved in the creation of that series for their own particular contributions," he said. "At the same time, I also have insight into their limitations with respect to how well they know the Muppets."

On Monday, a new "Muppet Thought of the Week" video debuted online, featuring Vogel's voice for the first time.

"Dreams are how we figure out where we want to go," Kermit said. "Life is how we get there."

There was mixed reaction to the new voice on social media.

Kermit first debuted in 1955 on Henson's five-minute puppet show, "Sam and Friends," which aired on WRC-TV in Washington, D.C. He went on to become the star of "The Muppets."