Kerry Kennedy testifies in her own defense 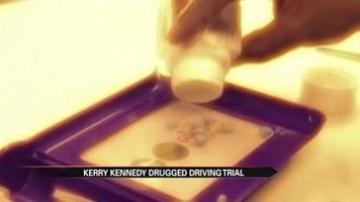 John F. Kennedy's niece took the stand Wednesday in her own defense in a highly publicized trial.

Kerry Kennedy testified that she did not knowingly take a sleeping pill and get behind the wheel of a car.

The 54-year-old told the jury she thought she had taken her thyroid medication but must have taken a sleeping pill on accident.

In this case, it is not the facts but the Kennedy name that could be a factor in the case.

The accident happened in 2012 when she allegedly side swiped a tractor trailer and then failed a field sobriety test.

If convicted, she could lose her driver’s license.