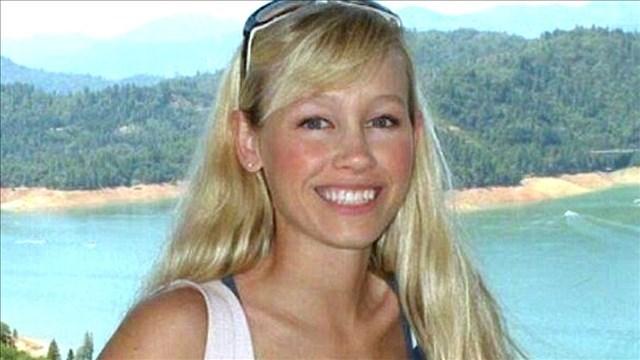 Shasta County Sheriff Tom Bosenko declined to describe the type of brand or where the captors branded Sherri Papini's body "for the integrity of the investigation."

"She related that both of the subjects spoke in Spanish the majority of the time of her captivity," Bosenko said at a news conference.

Bosenko said Papini was unable to provide more detailed descriptions because her still at-large abductors covered their faces at times, or her own head was covered.

But the sheriff said that after intense interviews with detectives, Papini came up with two descriptions.

"She described the older one as having straight black hair with graying color and thick eyebrows."

Papini turned up in Yolo County, about 140 miles from the Mountain Gate jogging trail near her Redding home, where she was last seen November 2.

The sheriff said Papini first walked to a church but there was no one there, so she left and flagged down a driver close to Interstate 5.

The law enforcement dispatch said California Highway Patrol "is on scene and advised she is chained to something" and "she is heavily battered and it is confirmed kidnapping."

Papini's husband, Keith Papini, said in a statement to ABC's "Good Morning America" that nothing could have prepared him for what he would see when he first walked into his wife's hospital room for their reunion.

"Her face covered in bruises ranging from yellow to black because of repeated beatings, the bridge of her nose broken," Keith Papini's statement read.

"Her now emaciated body of 87 pounds was covered in multicolored bruises, severe burns, red rashes, and chain markings. Her signature long, blond hair had been chopped off."

The sheriff expressed concern that some of Keith Papini's statement could become a problem for detectives.

"I didn't know he (Keith Papini) was going to release this until a short time before I did a media interview," Bosenko said. "I do think that with some of the details he has provided, it could affect the integrity of the investigation."

Bosenko said detectives are still trying to find out why the mother of two young children was abducted.

"We still do not have a motive as to why Mrs. Papini was taken," he said. "We do not know if she was specific target or if this was a random abduction."

Bosenko said authorities are discussing working up a composite sketch of the suspects, which is a challenge because their faces were covered.