Kids throw firecrackers at a puppy, blowing her face off 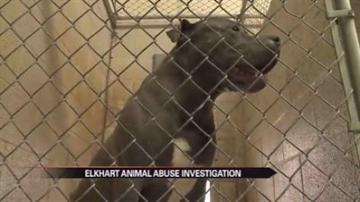 ELKHART, Ind. --  Elkhart City Police are investigating an act of animal cruelty. Friday afternoon, police responded to an anonymous call on the 1200 block of Main Street.

The caller reported  kids throwing fireworks at a puppy, and when the puppy caught one, it exploded in her mouth.

"It pretty much blew off half of her face, I mean that’s just cruel," said Anne Reel, Executive Director Humane Society of Elkhart County.

Reel says the dog was a pit bull mix, and she was less than a year old.

When police arrived, the puppy was shaking and bleeding excessively. They rushed her to the Humane Society but she died shortly after.

Reel hopes that moving forward, people remember that fireworks can be very dangerous.
They are explosives, they can burn and kill innocent pets and people.

Elkhart City Police are still investigating this case. If you saw or know anything about this incident please give them a call.