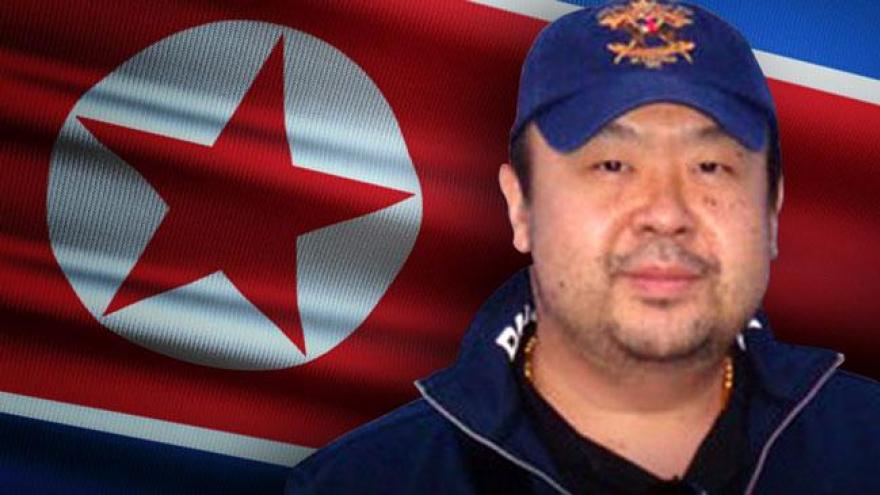 Lawmakers in Seoul, who were briefed by the country's intelligence officials, said the North's foreign ministry and ministry of national security had recruited the two female suspects in Kim's murder.

"The assassination of Kim Jong Nam was an act of systematic terror ordered by Kim Jong Un," South Korean lawmaker Kim Byung-kee said in a televised address. "The operation was conducted with two assassination groups and one supporting group."

Kim Jong Nam was accosted by two women at Kuala Lumpur International Airport on February 13, while on his way to board a plane to the Chinese-territory of Macau.

He died on his way to hospital, less than 20 minutes later, according to Malaysian investigators, who said the women had attacked him with a VX nerve agent.

Three suspects are in custody, including two women from Vietnam and Indonesia who were caught on video smearing a substance on Kim's face.

At his press briefing, lawmaker Kim said the two assassination groups had worked apart before meeting in Malaysia shortly prior to the murder.

Kim said all four members of the assassination groups fled to North Korea after the killing.

A large support group worked alongside them, consisting of North Korean embassy workers, as well as employees of the Koryo state airline and a private trading company.

Kim did not say how the North Korean suspect already in Malaysian custody, 46-year-old Ri Jong Chol, was involved.

Dead in under 20 minutes

Autopsy results from Kim's body showed he had died within about 15 to 20 minutes after the attack, Malaysia's Health Minister Dr Subramaniam Sathasivam said Sunday.

He added Kim's death would have been "painful."

The Indonesian suspect, 25-year-old Aishah, told the Indonesian deputy ambassador to Malaysia that she believed she was taking part in a prank when she rubbed the substance on Kim's face.

She said she believed it was baby oil.

But Malaysian police chief Khalid Abu Bakar has firmly rejected her story, saying both women were "trained to swab the deceased's face."

Malaysian authorities are still holding Kim's body and won't turn it over until they receive a next-of-kin DNA sample, dental profiling and body marks to identify the victim.

Yoonjung Seo contributed to this report.