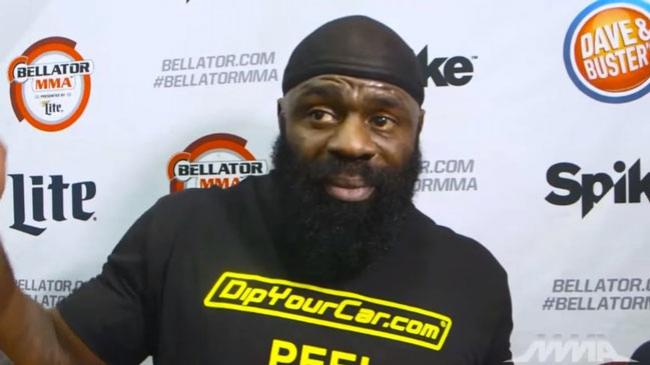 "One of the most popular MMA fighters ever, Kimbo was a charismatic, larger-than-life personality that transcended the sport. Outside of the cage he was a friendly, gentle giant and a devoted family man," said Bellator MMA President Scott Coker. "His loss leaves us all with extremely heavy hearts, and our thoughts and prayers are with the entire Ferguson family and all of Kimbo's friends, fans, and teammates."

Sgt. Carla Kmiotek told CNN police in Coral Springs, Florida, did not receive any police or EMS calls to Slice's residence before he was hospitalized.

There is no police investigation, she said.

"We battled inside the cage, warrior vs warrior," said UFC figher and hall of fame member Ken Shamrock. "REST IN PEACE KIMBO SLICE. May God Watch Over You."

He is survived by six children -- three boys and three girls -- according to his website.

Slice, who is originally from the Bahamas but lives in Miami, compiled a 4-2 record in fights tracked by UFC and a 5-2 record overall, according to Bellator MMA.

Standing 6'2'' and weighing around 230 pounds, Slice was known for his power and brute strength.

He last fought on February 19.

"I enjoy kicking ass," he told comedian Jimmy Kimmel. "I really enjoy doing what I do."

But unlike most in the sport, his rise to fame preceded his career in professional fighting -- Slice became an internet sensation by starring in bare-knuckle fights, often conducted in backyards, posted online.

Rolling Stone called him the "Undisputed online king of the underground bare-knuckle world" in 2006, before he began fighting professionally.

His physically imposing nature and internet fame helped create a mystique surrounding the man -- and his fighting prowess. Combining those factors with a natural charisma that endeared him to fans, Slice was able to draw more attention from the media than most fighters with his experience would.

"We just felt like he was so marketable," Jeremy Lappen, the head of fight operations at Elite XC, told ESPN's E:60 program.

He told ESPN in a 2008 interview that to him, fighting was a cathartic practice.