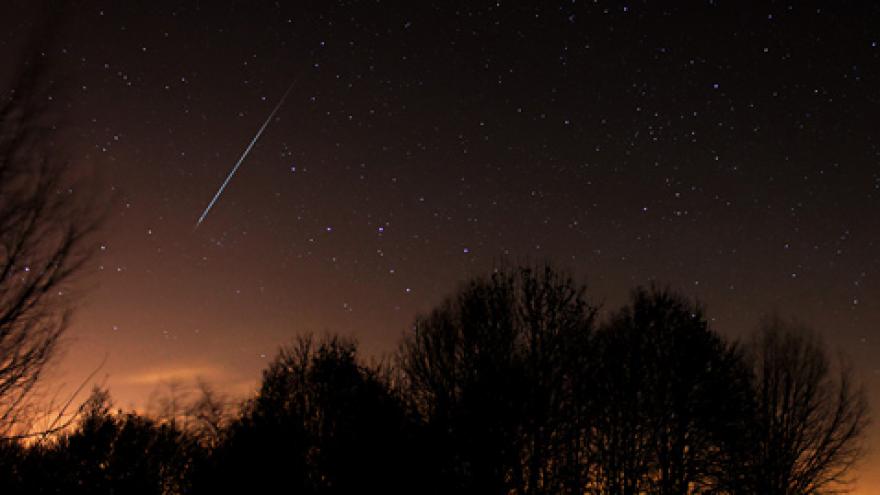 SOUTH BEND, Ind. -- Arguably the best meteor shower most years will peak during the middle of this month. What makes this year even better is the shower will reach its most active point on a Friday night. 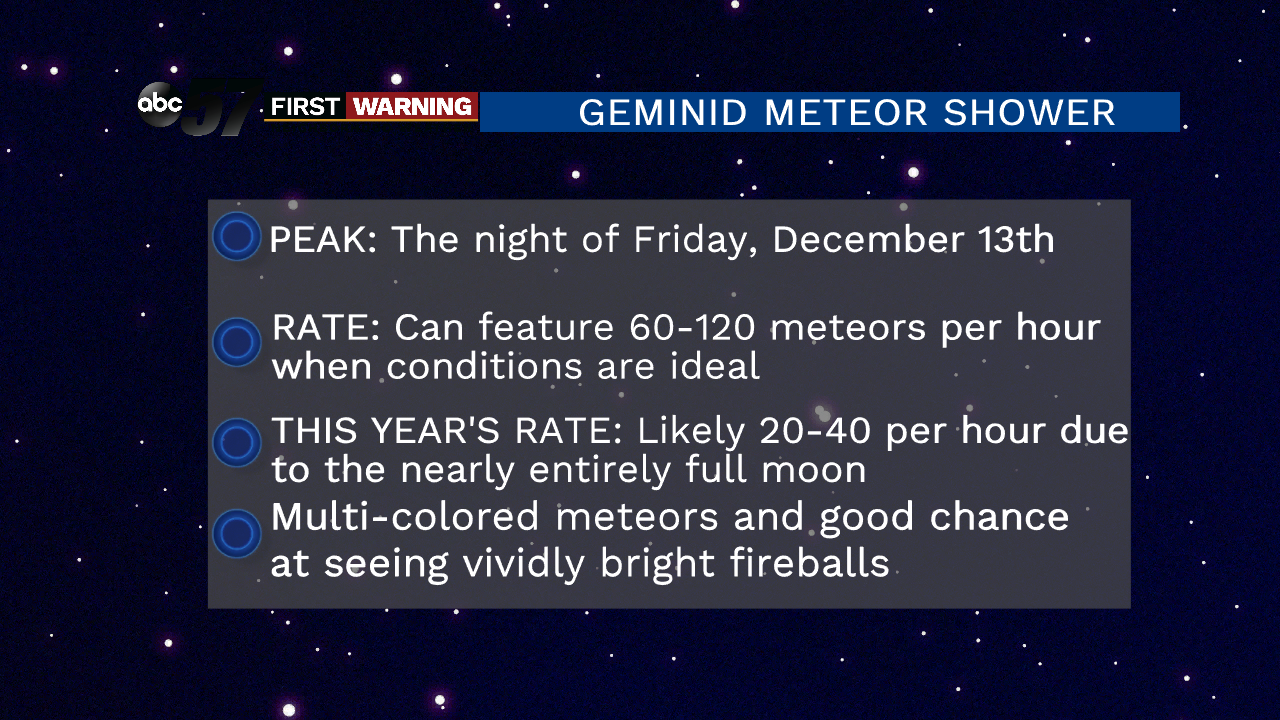 The Geminids pay a visit every December. This year, the peak of the shower will occur on the night of Friday the 13th.

In a good year the Geminids can produce upwards of 60 to 120 meteors every hour.

They are notorious for being intensely colored. The coloration can range from white and yellow to blue, red or green. 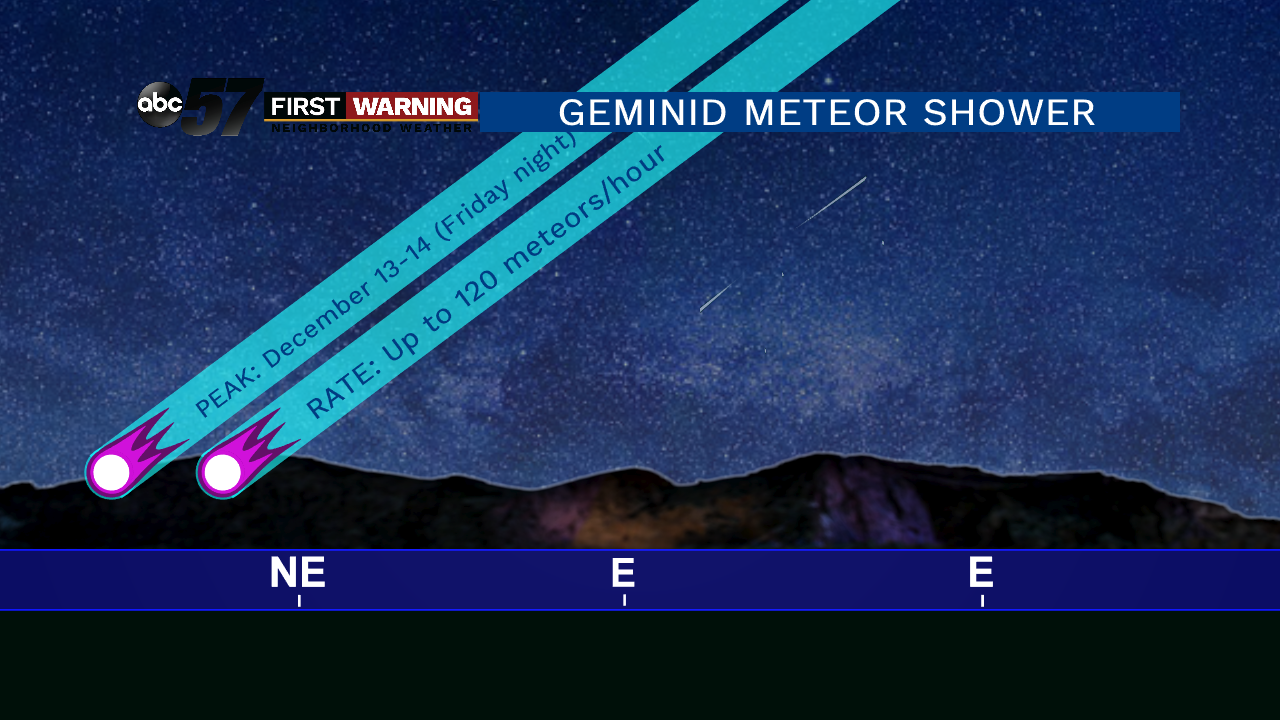 In addition, the Geminids are known for being particularly bright in the night sky. Their brightness, combined with the fact that there are simply so many at any given time, makes this an astronomical show you don't want to miss.

Fireballs are often noted with the Geminids as well.

According to the American Meteor Society, a fireball is a "term for a very bright meteor, generally brighter than magnitude -4, which is about the same magnitude of the planet Venus." 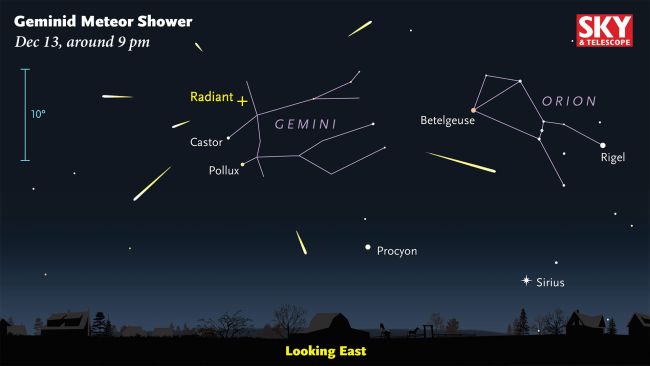 The constellation and radiant set-up for the peak of the Geminids. They will appear across the sky in its entirety, though. Image credit: Sky & Telescope/Gregg Dinderman
When it comes to meteor showers, it all comes down to Mother Nature and the moon regardless of how vivid the shower is.

This year, unfortunately, the moon will be virtually full at 96% illuminated.

Put simply, that is not good for those hoping to be blown away by an incredible meteor shower. 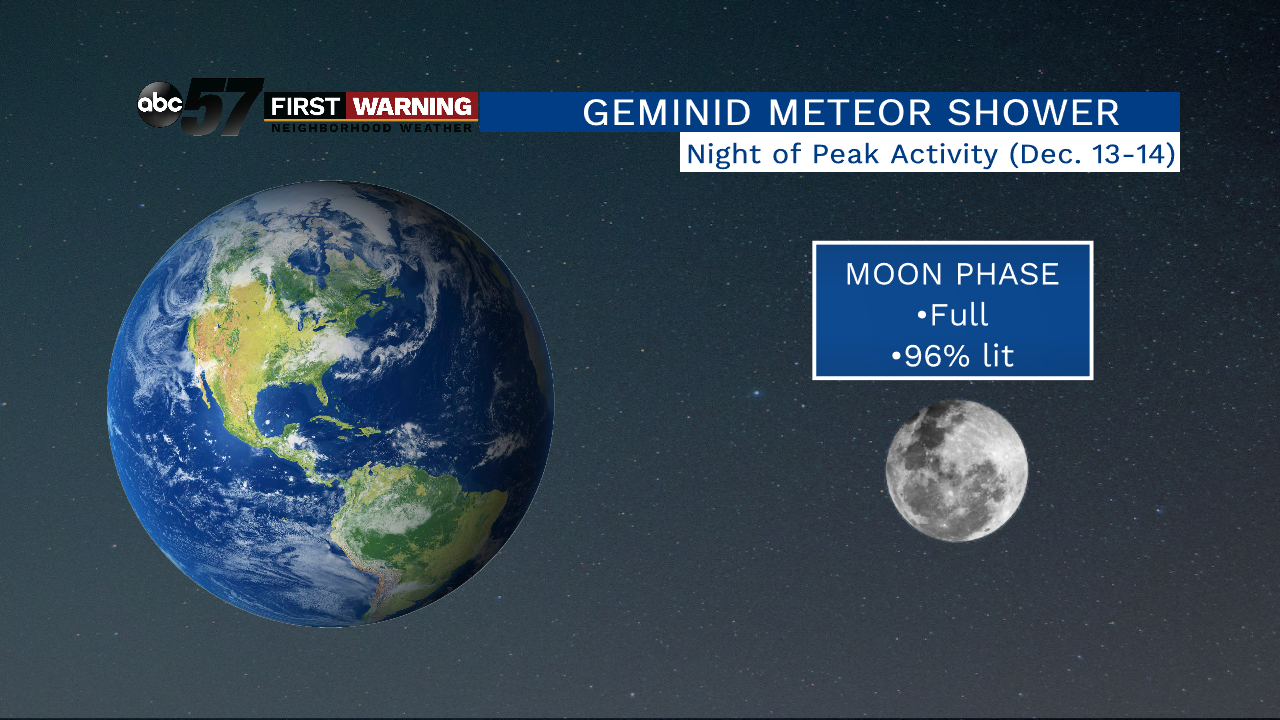 Despite the moon being nearly entirely full, the brightness and intensity of the Geminids will allow for us to still see plenty of them streaking across the night sky.

That, of course, is dependent on whether or not Mother Nature cooperates. And in December, you never know what you're going to get.