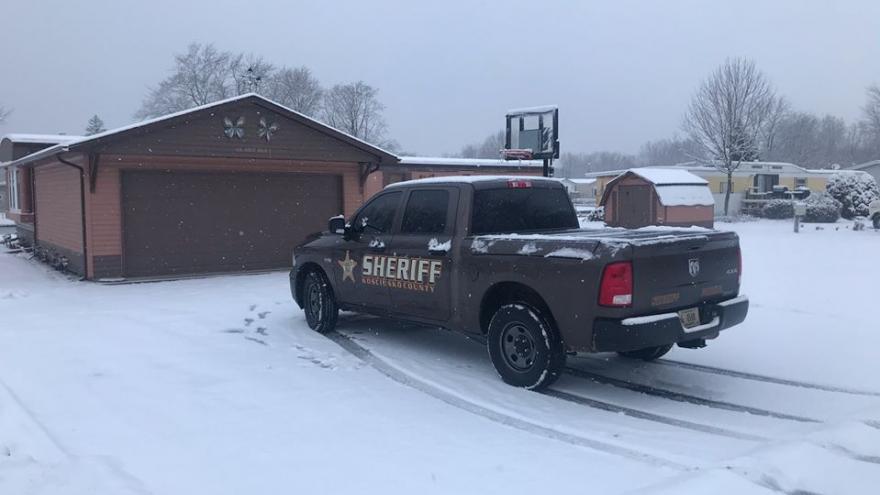 KOSCIUSKO COUNTY, Ind. – The Kosciusko County Sheriff’s Office is asking for your help in identifying potential suspects in multiple reported burglaries that occurred in the Kuhn Lake area.

During routine patrol on Thursday, deputies noticed footprints in the snow between residences on EMS B6A Lane.

Deputies searched the area and discovered a forced entry into one of the homes.

Two more burglaries were reported a short while later.

The footprints covered half a mile of the neighborhood, according to police.

During the investigation, several potential suspects have been identified.

The Sheriff’s Office is asking for residents with surveillance systems in the EMS B4, B5, B6 and B7 Lane areas to check their footage from the following early mornings: February 1, 5, 6, 7 and 13.

This investigation remains ongoing and anyone with additional information is urged to contact 574-265-2212.