Kosciusko man in custody after stabbing another man 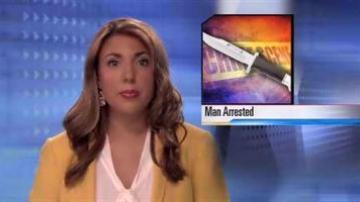 SYRACUSE, Ind. -- A Kosciusko County man is in police custody after police say he stabbed another man.

It happened just after 7 p.m. on Wednesday along East King and Arthurs Trial in Syracuse.

The victim was able to tell officers who stabbed him.

That man that was stabbed was treated at hospital and released.