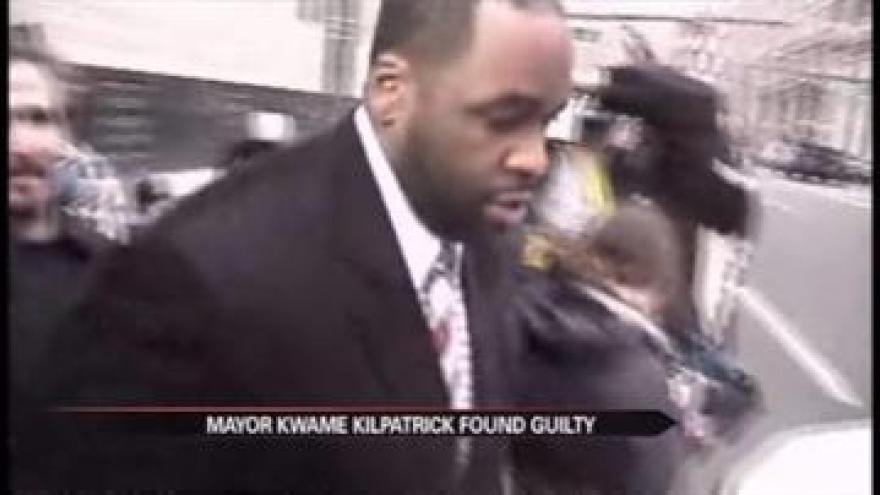 DETROIT -- The verdict is in and former Detroit Mayor Kwame Kilpatrick is guilty.

Monday, a Detroit jury announced their decision two weeks after getting the case.

The jury ruled Kilpatrick and his contractor friend Bobby Ferguson guilty on several charges including racketeering and extortion.

Kilpatrick was found guilty on 24 of 30 the counts brought against him.

"He stole from the poorest people in the city with no remorse, no remorse at all. That's what probably bothers me the most. He feels like he's above the law," said Malcolm Davis Jr., city worker.

Kilpatrick left office in 2008 amid an unrelated scandal. It involved sexually explicit text messages and an affair with an aide.