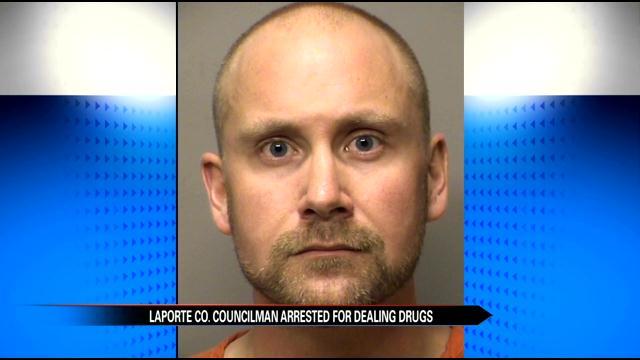 La Porte County Councilman Matt Bernacchi was arrested on preliminary charges of dealing marijuana from his work car in Valparaiso.

The Porter County Drug Unit said that Bernacchi arranged for the sale on Facebook, and made the sale in his work vehicle around 11 a.m. Wednesday.

He allegedly sold the marijuana to a cop.

Last March, the councilman was cited for driving 70 miles per hour in a 55 mile an hour zone, but it is what Bernacchi said when he took to Facebook that raised some eyebrows.

After he was cited for speeding in March of 2014, he posted that police were harassing him and allegedly posted, “why are they harassing taxpayers over speed and not the drug dealers who are killing the children of La Porte County on a weekly basis.”

Bernacchi's bond is currently set at $8,500.
Share this article: