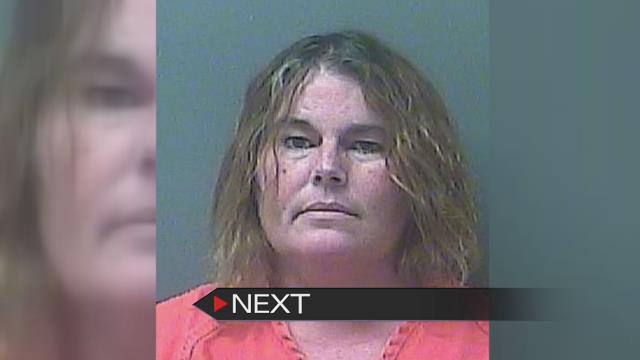 Dawn L. Maxson was taken into custody by the Metro Operations Unit at 3:00 p.m. on Thursday in La Porte.

47-year-old Maxson, who is a resident of La Porte, was arrested after allegedly selling Hydromorphone.

Maxson was charged with Dealing a Schedule I, II or III Controlled Substance which is a level 4 felony.

She was transported to the La Porte County jail and held on a $20,000 cash bond.

"While I'm very disappointed to see a public official charged with dealing drugs, I'm proud of the efforts and determination put forth by our Metro Narcotics team. Even more frustrating is the fact that as a deputy coroner, Maxson has been witness to lives lost due to the ravages of drug addiction yet she has chosen to deal narcotics. We were aware from the onset of this investigation that Maxson worked for the coroner's office, an agency we routinely work very closely with, yet that did not deter our investigators. Let this arrest put drug dealers on notice that police officers in La Porte County are committed to pursuing all avenues when it comes to stopping drug sales,” said La Porte County Sheriff John Boyd.

As a public employee, Maxson's arrest has come as a shock to many living in La Porte.

Shane Mclemore and his brother-in-law Zacharey Wilhelm lived just a few houses down from Maxson until she moved last year.

“I didn’t think a lady like that, because of how nice she was, would do something like that. It’s crazy,” said Wilhelm.

As a parent of two young children Mclemore says it’s unnerving to think of the crime that could have been going on in his neighborhood.

“My daughters run around these streets and they’re one and two. Knowing that could have been just five houses away from them, it kind of makes me angry,” said Mclemore.

Additional charges are pending against Maxson as this is an ongoing investigation.