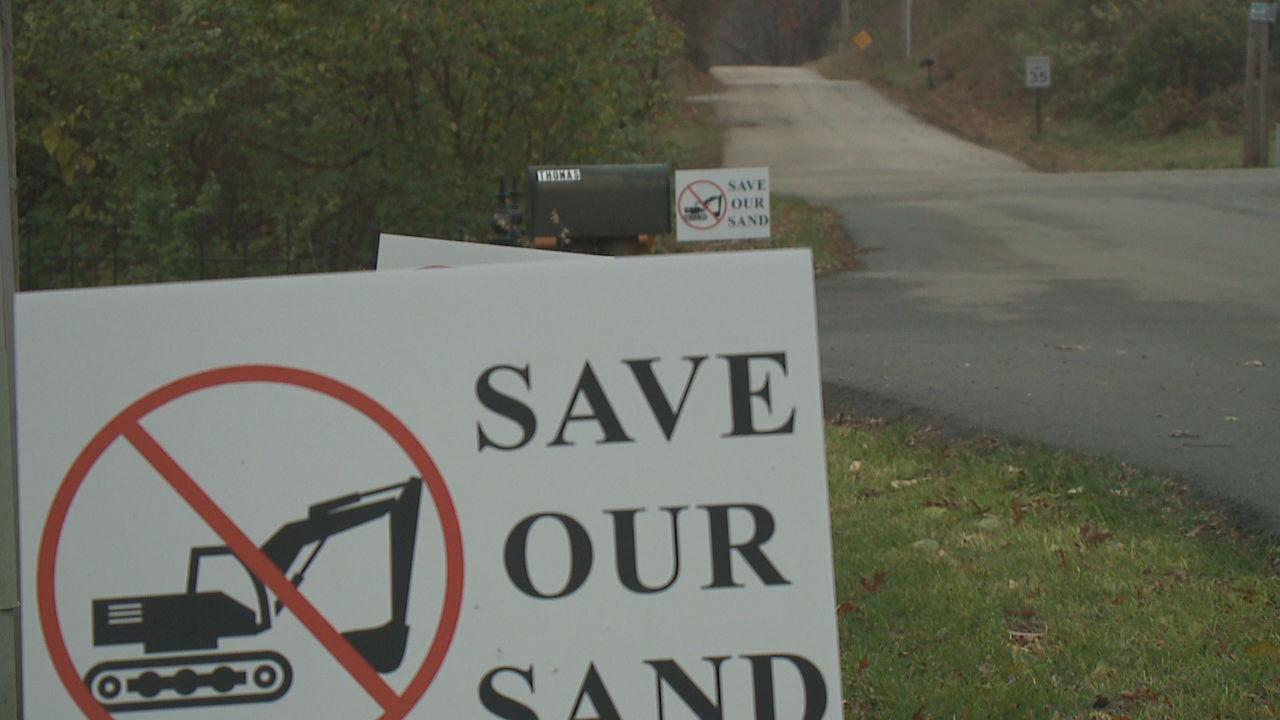 La Porte County residents are at odds with the county’s planning commission over what they’re calling a zoning violation by a neighboring sand mining company.

Neighbors say if D&M Excavating doesn’t stop mining, they’ll continue to lose peace thanks to the hundreds of trucks driving through their neighborhood a day.

But a major contract for a city project could be at stake if the company is forced to relocate.

La Porte County residents met at Jacqueline Thomas’ home to talk about another neighbor they’re not too fond of.

“When we found out what was really going on, we decided as a neighborhood to get together and kind of come united and stand up and say this is not right,” said Thomas.

Their frustrations don’t lie with a person, but rather a business.

D&M Excavating and the increased traffic the company’s dump trucks have brought to the neighborhood have been a major issue for months, according to residents.

“We can have between 30 to 40 trucks in an hour,” said Thomas. “Really it’s an accident waiting to happen.”

The sand-carrying dump trucks’ location was a large lot in the city.

The work in progress will soon be “New Porte Landing,” a construction project that will feature local businesses and rental properties.

But neighbors say that mix of residential and commercial isn’t legal in their neck of the woods.

“Sand excavation is not allowed in a residential area period,” said Pat Meaney.

According to county records, D&M Excavating was granted a special permit to stay on the residential land, but for the use of building a pond.

“The planning commission has ruled on the pond permit, we’ll still waiting to hear from them on the issue of whether they view it as a commercial operation,” said Shaw Friedman, La Porte County Attorney.

But neighbors say until then, it’s still business as usual for that operation.

So county Commissioners hope they can step in and prevent any future misunderstandings.

“Some of those rules on the planning commission are vague so going into the future, we’ll be tightening some of that up,” said David Decker, the President of La Porte County Board of Commissioners.

The county’s attorney says the planning commission will decide fairly soon whether there has been a zoning violation.