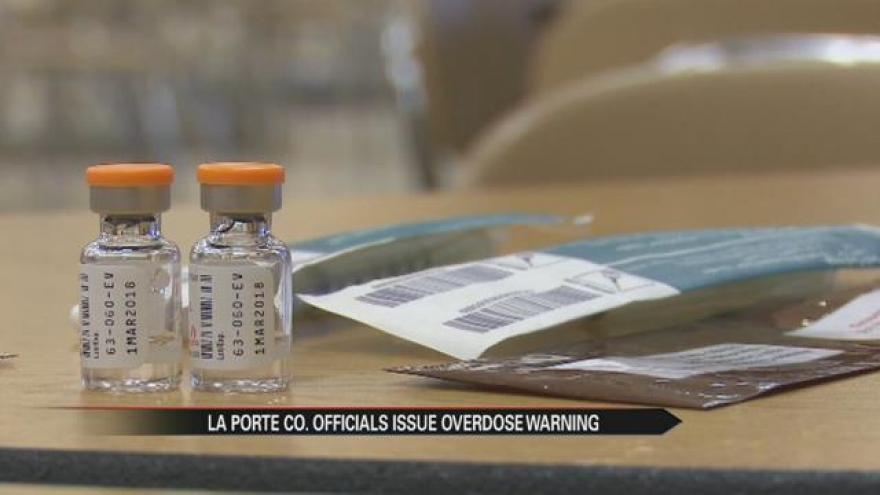 After a rash of double digit drug overdoses in a 72-hour period over the weekend in La Porte County, the Sheriff’s Office and EMS Management is sending a new message to neighbors, to keep an eye on their family members.

“When somebody dies of a heroin overdose or any kind of narcotics related death, that affects everybody and their family, it affects children in schools; it affects how people view our community. So we strive very, very hard to bring that to a halt,” said Kellems.

Eric Fenstermaker with La Porte County EMS says overdoses are not new to the county, but the strength of these new narcotics are having an effect on how much Narcan is used to revive the patient.

“We noticed that the official doses were not working. For whatever reason, whatever the heroin was laced with, if the heroin itself was stronger, that initial dose was just not reversing it. It was allowing them to not get any worse, but it wasn’t reversing the effects that we are used to seeing until the second or third dose,” said Fenstermaker.

In one case, up to six doses to revive a patient.

In 2016 alone, after May 1, EMS responded to 106 suspected heroin related overdoses.

Of those 106 patients, 92 were unconscious and not breathing or barely breathing.

Most were given multiple doses of Narcan.

Fenstermaker says that spreading the word and keeping an eye on loved ones is the best policy.

“But you know with the increase we have had over the past 72 hours, I really commend the sheriff’s department for jumping on it fast and getting on Facebook and everything else saying, hey look out. Watch our loved ones and keep an eye on them,” said Fenstermaker.