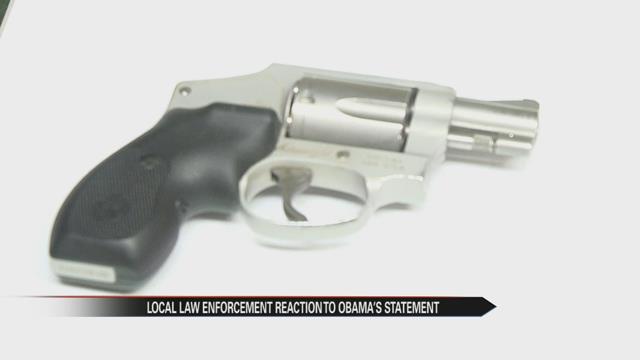 Thursday night on CNN, President Barack Obama said many of Chicago’s guns are obtained in Indiana because of the Hoosier state’s less restrictive gun laws.

“The problem is about 30 to 40% of those guns are coming from Indiana across the border where there are much laxer laws,” Obama said.

Following up on the president’s comments, ABC 57 spoke with Captain Patrick Cicero, the chief detective of La Porte County, near the state border.

“It’s not just an issue of us being close to Chicago,” Cicero said.

He doesn’t completely agree with Obama.

While he says plenty of guns are being transported from Indiana  to the windy city, he says they’re usually stolen, traded for drugs.

“In my experience, firearms are stolen from this county,” Cicero said.

There is still a difference between gun laws from state to state.

“Folks will go to a gun show and purchase a whole bunch of firearms and put them in a van,” Obama said Thursday.

However the guns are obtained, Cicero says their transport still stems an issue bigger than gun control.

“The guns are just a result of other issues we’re experiencing,” Cicero said.

He thinks cutting down on drug related crimes will get to the root of the problem quicker than changing laws.

“We know Chicago is a hub for narcotic activity. We have narcotic users in this county, an abundant amount of users,” Cicero said.