La Porte man accused of exposing himself to neighbors 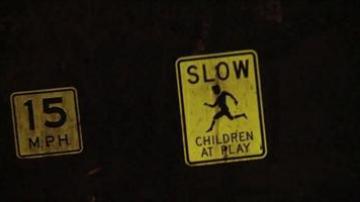 LA PORTE, Ind. -- Neighbors in one small La Porte community are shocked and disgusted after they say their neighbor exposed himself out his front window.

Neighbors say it is ridiculous that the alleged flasher is still living in their neighborhood where their kids play and not behind bars.

“I look over and there is this guy just completely naked in the window. His big old stomach was hanging out. He is sitting there and he has his foot up on the window and he is playing with himself,” said neighbor Lisa Kist.

Kist says she could not believe her eyes when she was unloading her groceries with her two-year-old son by her side and she saw a naked man exposing himself two houses down from where she lives.

“I think I threw up in my mouth a little bit,” said Kist.

Police showed up about a half hour later and talked to the 26-year-old man.

“They said just keep them informed and if he does it again keep calling and we can try to get him for indecent exposure,” said Kist.

However police never arrested the flasher, because according to Kist, officers said they have to catch the flasher in the act.

Kist says she is upset that this is going on where her children play everyday.

“I have two small children. I have an 8-year-old and a 2-year-old and I cannot be having stuff like that around my children,” said Kist.

When officers questioned the man about the incident, he claimed a sheet that was being used as a curtain was pulled down by his cat and that the ladies caught him as he was jumping out of the shower.