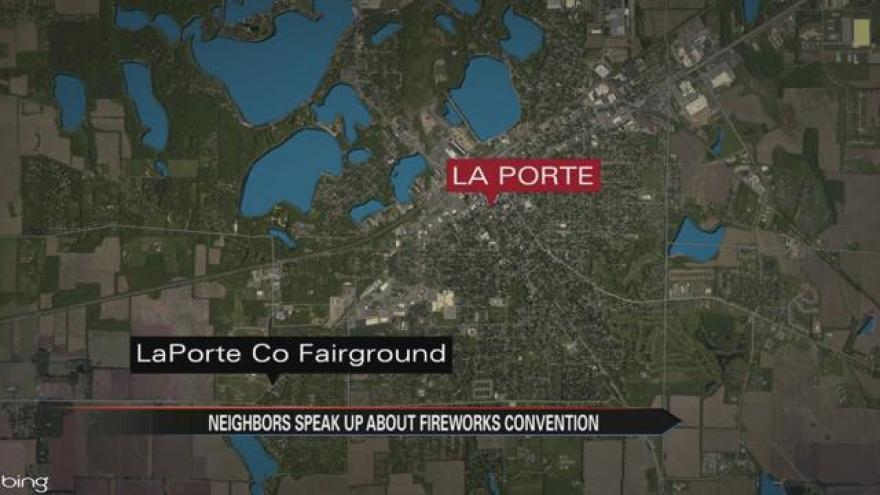 We first brought you this story on August 7, right in the middle of the convention.

Now, residents are questioning whether or not it was worth it.

Most recognize the positive economic impact, but some went so far as to say it was a week from hell when PGI came to town.

“I’m all for progress. I like fireworks, but there’s a time and a place for everything, and for us, in this neighborhood, it was not good timing, and it definitely wasn’t the right place,” said one resident Mark Hargrave.

That pretty much sums up how La Porte community members feel who live nearby the fairgrounds.

The week of the convention, August 6th to August 12th, PGI warned residents to take valuables off their walls.

“[They] told me and some other neighbors that we needed to remove items off the walls and dishes off of our shelves and items off the shelves, because the shaking would cause them to fall,” said one resident Joe Haney.

“That in it of itself, obviously would be considered that obviously they know what they’re doing is causing a massive disruption to our homes,” Haney said.

“One of the tenants of having ownership of property is having enjoyment of your property, and in a situation such as this, I think that may have violated that, and I think we need to take a hard look at that going forward,” said La Porte County Commissioner Mike Bohacek.

Which is why more than 100 hundred residents signed a petition to bring to the board Wednesday.

Some of the concerns they listed were the following:

Officials agree that there need to be stricter rules in the future.

“If this ever occurs again, there have to be strict regulations in terms of time and place and everything else,” said county attorney Shaw Friedman.

In the petition, residents are requesting a 1,000 foot buffer zone for future conventions to protect their property.

Commissioners are still waiting on a revenue breakdown from their third party contractor, but we will post that as soon as we receive it.